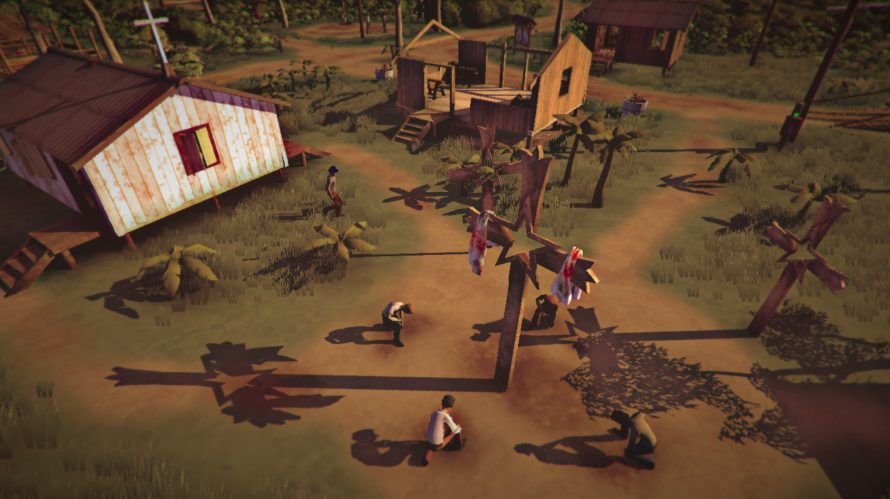 In the real world, your choices always carry some level of weight, be it much or little. Not always the case in video games, although there are certainly exceptions -- one of which is upcoming The Church in the Darkness. It might look more like your typical top-down action title, but as far as I can tell, it is also very much a narrative-driven tale of choice and consequence, one in which “every playthrough offers changing gameplay scenarios and story elements” (wait, what?). Also, trust no one.

By which I mean that you should be very careful who you trust, for even those who claim to be your allies could easily have ulterior motives. Could always opt for trusting them as long as they’re useful, I suppose, but that is an undeniably dangerous game to play. The lives of more than a few people will likely have been altered drastically by your choices when the credits roll, after all, so maybe you shouldn’t take any unnecessary risks? Then again, might actually be worth the extra hassle? Hard to say.

Labeled radicals and feeling persecuted by the US government, they relocate their followers to the one place they believe they can create a socialist utopia: the jungles of South America.

On a somewhat related note, as you go about looking for documents and letters in search of some kind of clue as to exactly what is going on in Freedom Town, be sure to keep one thing in mind: no one has to die. Stealth and non-lethal takedowns are perfectly viable alternatives to becoming a mass murderer in this quest for the truth. The Collective Justice Mission may be focused on creating a socialist utopia, but that does not translate to ‘you’re either with us or you’re dead’. But hey, your story, your choices, your… ending. One of many.

Note: interested in playing The Church in the Darkness ahead of launch? Then I’ve got one word for ya: alpha.

The Church in the Darkness will be on Steam, PlayStation 4, and Xbox One in 2019.

The Church in the Darkness - First Teaser Trailer
Watch this video on YouTube.
Facebook Twitter LinkedIn Pinterest Tumblr WhatsApp Telegram E-mail
Previous article Puzzle Through the 1960s in 'Agent A: A Puzzle in Disguise' to Thwart the Wicked Plans of Ruby La Rouge
Next article Mind-Bending First-Person Puzzles Emerge From Shadows That Are Deadly to the Touch in 'Lightmatter'