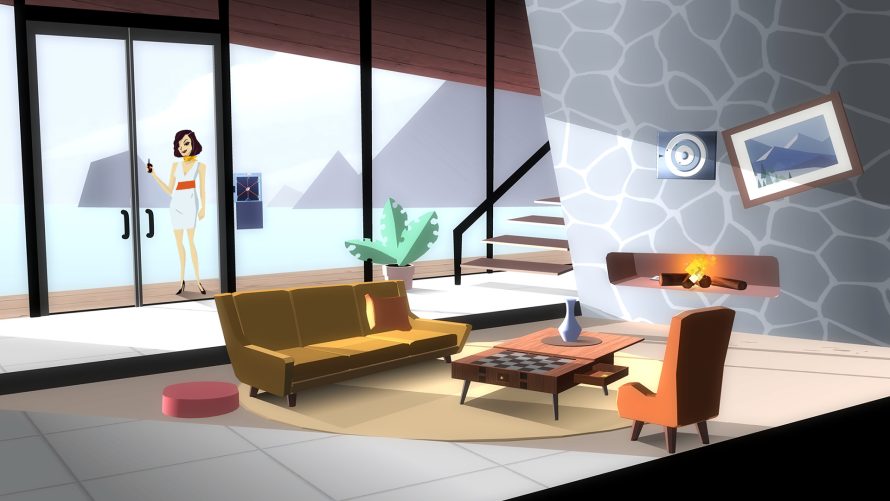 Welcome to the 1960s, agent. Here’s the situation: Ruby La Rogue is up to no good, and your job is to stop her. No matter the cost. That said, only by solving the many puzzles designed by her will you be able to finally reach your target and thwart the plans of that wicked spy. No, I don’t know why she decided to create this little video game of cat and mouse, as it were. In fact, based on available intel, I don’t even know who’s the cat and who’s the mouse in Agent A: A Puzzle in Disguise. Well, anyway… best of luck.

So, like any good piece of entertainment set in the 1960s, this one is also heavily focused on futuristic gadgets and fun tech. Secret doors, ever-changing rooms, lasers -- even the odd motion sensor, surely. What with 100 inventory puzzles and 35 environments to explore in this rather stylish spy game hopefully the story will be on par with the brainteasers. Oh, and a cheesy one-liner or two wouldn’t hurt either, just to make sure the player really feels like they’re in an old James Bond movie (or better yet, an episode of Get Smart). We’ll see.

Explore a labyrinth of perplexing puzzles in this quirky game of cat and mouse that’ll have you wondering whether you’re the cat… or the mouse!!

Also, try not to get yourself killed during your attempt at infiltrating her hideout, one room at a time. She does have a nasty habit of taking out agents such as yourself if spotted, after all, and the only good agent is one that is still breathing. Just saying. Tread with caution.

Note: the first four chapters are available on iOS and Android (Google Play, Amazon), the fifth and final scheduled for ‘early 2019’.

Agent A: A Puzzle in Disguise will be on Steam, Switch, PlayStation 4, and Xbox One come ‘early 2019’.

Agent A: A puzzle in disguise - PC & Console Announcement
Watch this video on YouTube.
Facebook Twitter LinkedIn Pinterest Tumblr WhatsApp Telegram E-mail
Previous article Near-Future New York Gets Dystopian in 'Disjunction' as Crime Tears it Apart
Next article 'The Church in the Darkness' is All About Consequential Cult Membership