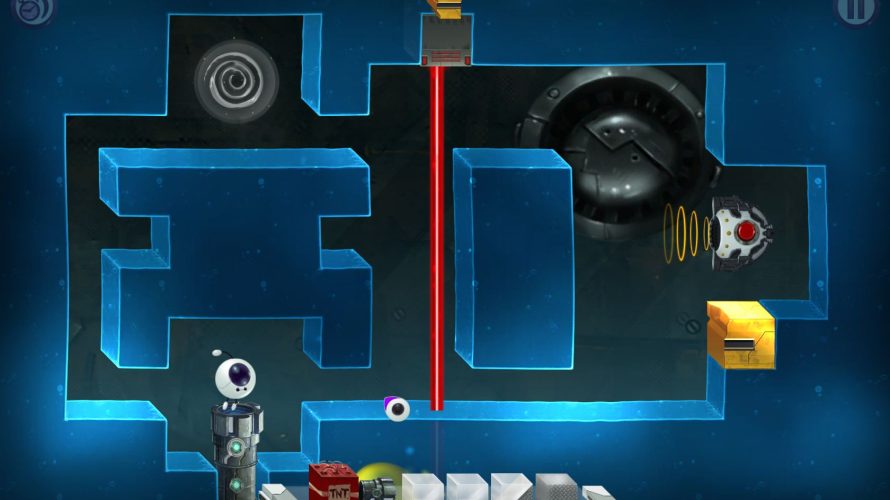 Remember Tetrobot and Co.? Sure ya do. It’s that unique puzzler in which you navigate the insides of a Tetrobot (what, surely you’ve played Blocks That Matter?), repairing bits and pieces as you go along; all while dodging lasers, manipulating the environment to your advantage and other fun stuff. Following a recent update, you get to do all that in… wait for it… user-made levels! Can’t wait to see what the [Steam] community has in store for it.

To say that the level editor is overflowing with features would be an understatement. From what I’ve seen, it looks as if recreating the entire single-player experience just might be doable (the levels, anyway), given enough time and skill. On that note, while content creation for a 2D game is noticeably easier than dealing with a third dimension too, the first few minutes can still be somewhat overwhelming. “All those blocks, so many buttons – what’s this for? Should I put that there?” and so on.

As it turns out, Swing Swing Submarine (the developer) already took care of that potential problem, with not only a “your first level” guide, one for the user interface and last but not least, a list with the properties of each block/item/entity; trust me, you’ll want to give that last one a look. Should you still stumble and grumble, trying to figure out how to do this or that, there’s always the community. Also, when you’re not busy making your own levels and/or are in need of inspiration, I’d recommend checking out those crafted by other Tetrobot and Co. fans – never know what you might find!

Tetrobot and Co. is available for Windows, Mac, and Linux, from Steam and the official website (via. the Humble Widget, DRM-free with a complimentary Steam key), priced at $12. Note: it’s 60% off ($4.79), for another 45 hours at the time of writing.