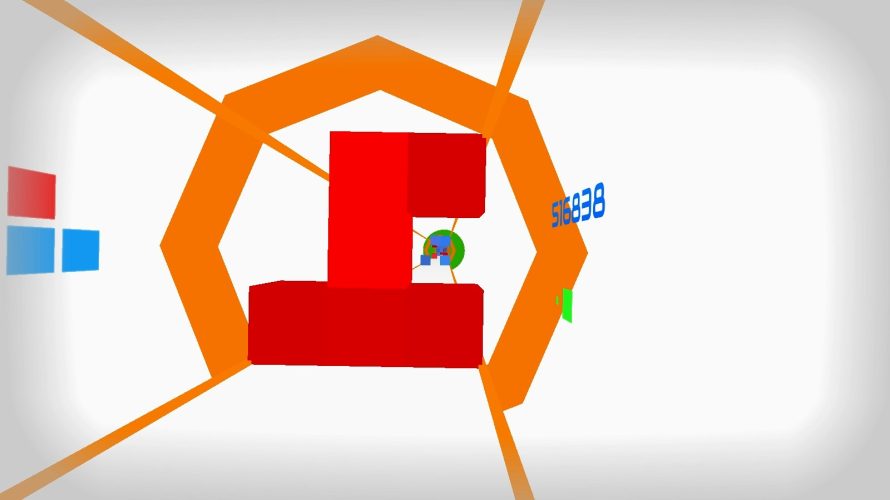 If you’ve ever wanted to race head-first through gaps in a three-by-three grid at high speeds, then Hyper Gauntlet – Legacy of Nozzlethruster III is right up your alley. I suspect most will need more convincing than that though, seeing how the recent change from alpha to beta also means the game is no longer free. But it’s also better than ever before, with cool new stuff like power-ups, a funky soundtrack and… leaderboards!

When I first played Hyper Gauntlet, it was still in early alpha and suffice to say, more than a few things have changed. The feeling of speed, for starters, is much more noticeable in the current (beta 1.0) build, which is definitely a good thing. See, while the gameplay can be somewhat slow for the first couple minutes, believe me, once the pace picks up, your ability to think fast and perform split-second decisions will truly be tested. It’s chaotic, crazy, fast and furious… fun! So much fun.

To accompany you on this trippy needle-threading ride is a surprisingly appropriate mix of instrumental tracks, which only furthers the immersion (yes, I did just refer to an arcade title as ‘immersive’ – you’ll see). On top of that, right before entering the next level, you’re treated to one of three different power-ups. Suffice to say, between temporarily turning either red or blue walls transparent, allowing you to pass through them, slowing down time, destroying an upcoming wall and a few other, these definitely make for an easier time. Well, maybe except for the one that puts you on auto-pilot, as it can be tricky to avoid crashing once it wears off when traveling at high speed. 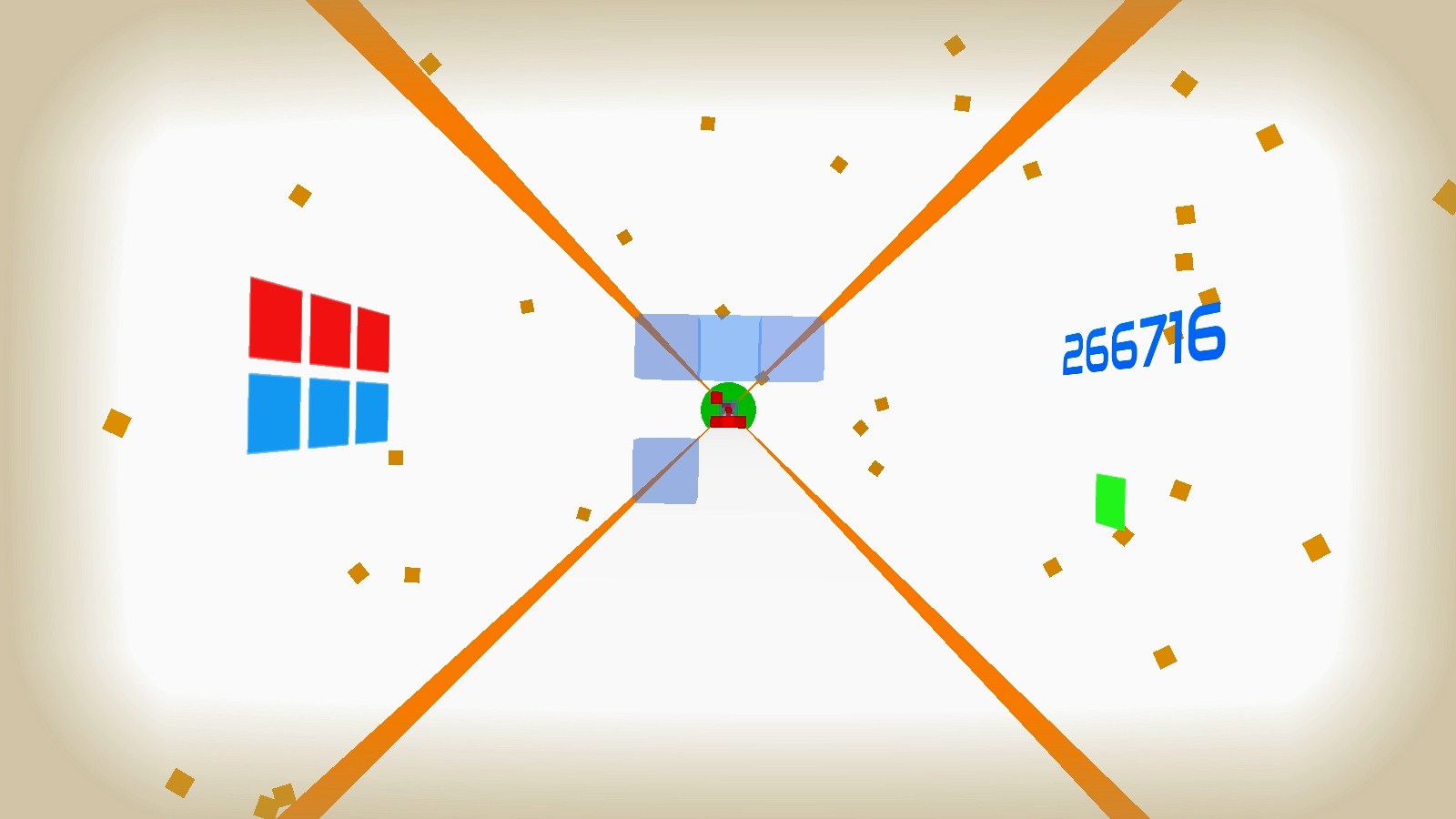 You do get a total of three lives before it’s game over though, and in case the aforementioned power-ups aren’t enough, there’s also got the option of slowing time by holding down the spacebar (temporarily, as it needs to recharge after use). But surely you’re too good for something like that, right? I’m gonna go with “probably not”. Not until after plenty of practice anyway, and surprisingly, this is actually where my one gripe with the game lies.

Seeing how every new game starts at the same sluggish pace, I soon found myself wishing there was a way to get straight into neck-breaking speeds, instead of having to trek through what had by then become, well, a walk in the park. An additional mode or two would also help its longevity, as even the most dedicated score-chasers out there will likely be eager to experience a slightly tweaked run. We mustn’t forget that beta is still beta though, and I’m sure we’ll hear more about the future of Hyper Gauntlet, once Udell Games returns from celebrating this milestone release.

Aside from those minor issues, I was quite impressed with the game in its current state, and how much it’s changed over the last five or so months. So much that in my opinion, the $3.50 launch price ($5 after the first week) isn’t asking for too much at all. A free version will be released soon for those still on the fence, but… only the premium builds will include new features.

Hyper Gauntlet – Legacy of Nozzlethruster III is available for Windows, Mac and Linux from itch.io, IndieGameStand, Desura and the Humble Store (soon), priced at ($5 ) with no DRM. What say we get it greenlit, eh?