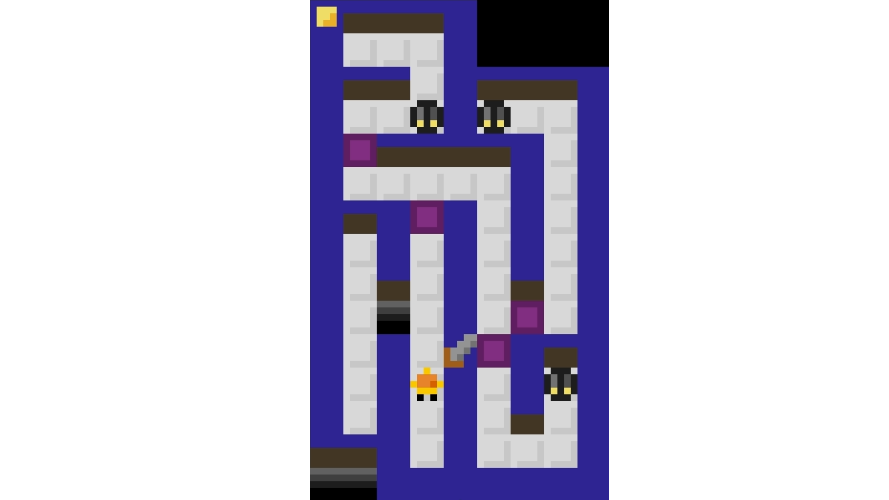 Beethro Budkin is a smitemaster, who’s somehow capable of wielding a sword almost bigger than he is. Oh and with it, this fella smites things for a living. Right. Anyway, still with me? Great! Well, it certainly goes without saying that this is one strange hybrid, mixing fighting with puzzles and whatnot. Also, enemies can see through walls, because… wallhack!

Seriously though, this is one of those games where at first it may seem simple enough. A few enemies to deal with, weapon in hand, easy peasy. But little by little, the complexity increased until even the ‘undo’ feature was no longer useful – the puzzle I’d reached simply required too much planning ahead for me to comprehend it all (might explain why I rarely play Chess, eh?). Also, one hit and you’re dead, forcing a restart of the current level. Same goes for each enemy though, so their only strength is in numbers, really. 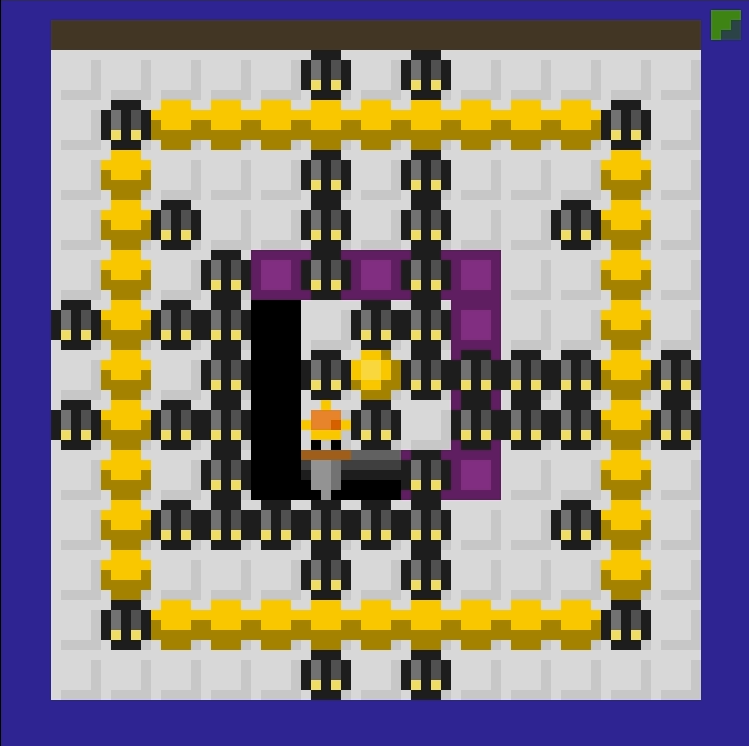 But unless your planning skills are up to snuff, that’s often more than enough to overwhelm you. See, for each move you make, one or more enemies will follow – provided they can see you! This is where the puzzle aspect comes into play, as dealing with more than a single foe at once is rarely a good idea. As such, your best bet is to take advantage of the line of sight mechanic to lure them into the open, and onto the edge of your blade. Just remember to make sure it’s pointing in the right direction, or, well, you’re not gonna get much use from it.

Adding to the challenge are doors that automatically close behind you and ones opened/closed at the flick of a switch. Progress is only made upon slaying every foe in the current level, so do be careful and pay attention, instead of rushing through that one-way door up ahead. Alternatively, you could just become the Z key’s (‘undo’) new best friend, but where’s the fun in that? But enough of that, for the time has come for you to experience the brainteaser battles of… drod.