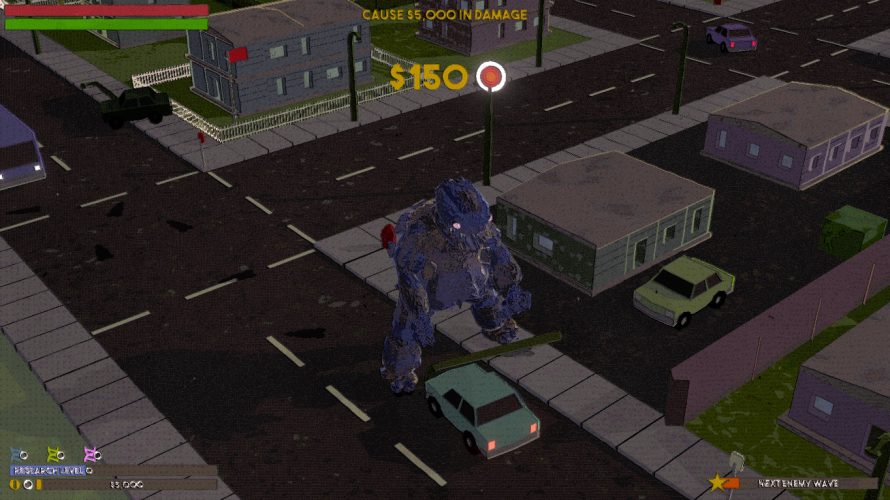 Remember how much fun it was to demolish massive buildings as a huge monster in arcade classics like Rampage? Well, imagine a modern take on that in which you are able to roam freely across the city… as a procedurally generated monster! Because that’s Test Tube Titans in a nutshell, and it looks like a genuinely groovy time. Chaos! Mayhem! DESTRUCTION!

While the randomness of your creation may not always result in a genetically superior being, no matter the design of each monster you unleash upon the world, they’re equally capable of wreaking havoc – that is to say, leveling every building in sight while fighting off law enforcement and, unsurprisingly, eating people. Because hey, why not? Actually controlling the monster might take some getting used to, however, as the game utilizes something its creator refers to as ‘Per Limb Control’ (which is pretty self-explanatory, now that I think about it). So uh, bring a gamepad. In fact, bring two so you can have a friend join you for either cooperative or competitive play.

Grow procedurally generated monsters in a lab and then send them out into the world to create havoc using physics-based controls.

That’s right: PvP is totally a thing in Test Tube Titans, and unlike the co-op aspect which is limited to 2, wrestling can be done by up to 4 players! Monster wrestling – doesn’t get much better than this, ya know? Except it kinda does, the lab in which your beastly projects come to life being fully upgradeable and all with unlockable things like cross-breeding and larger containment cells. Wow.

Oh, speaking of extremely powerful monsters: Creative Mode is where it’s at if you just want to smash like Hulk on steroids. And really, who doesn’t? HULK SMASH!