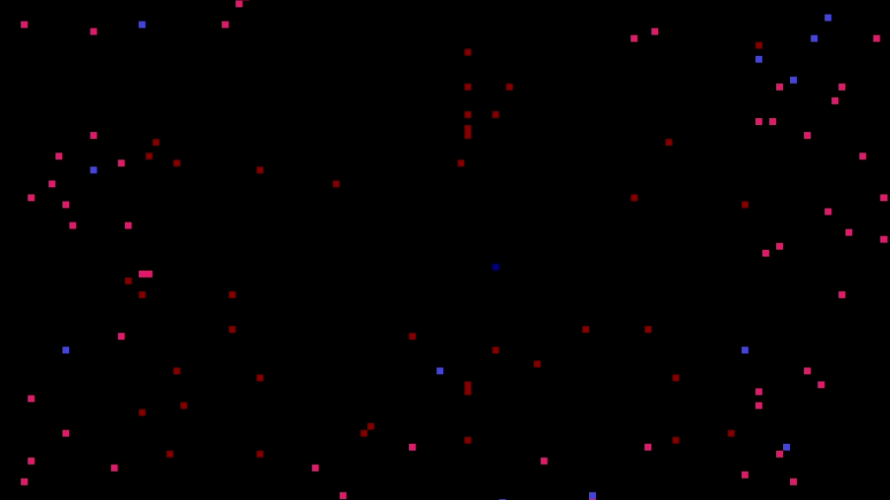 Space… the final frontier. Except, not really, and in The Ancient Art of Staying Alive, it actually goes on… and on… and on. Until you inevitably collide with another tiny dot. At which point, well, start over, and try not to fail as miserably next time, eh? But seriously – staying alive here requires dodging. Dodging all the things!

But wait, that’s not all there is to it, actually. Depending on whether you chose to enable either, blowing up everything nearby with a bomb might also be possible, as well as teleporting to a random location. After testing both I disabled them, however, the appeal of a challenge without such ‘powerups’ far greater, in my books. Same goes for cranking up the obstacle count, game speed, and of course, style (enabling so my on-screen avatar was constantly moving, no way to stop or slow down). Did I get my you-know-what kicked? You bet ya, but hey – I had fun, and that’s really all that matters, at the end of the day. But I’m getting way ahead of myself, so let’s take it from the top and find out what the game is actually about, eh?

Unashamedly retro in every aspect, if you want amazing visuals then look elsewhere, but if you want a simple, challenging game that’s randomised every time you play it, you might just find this to be your cup of tea.

At first glance, it may seem like there’s not a whole lot to The Ancient Art of Staying Alive, but surviving is actually a rather tricky affair. Not only do you have to avoid any and all collisions, but the only way to eliminate every last enemy – which is how you clear the current level – is to make them all collide with something else. All while you’re trying to avoid doing the exact same thing. That said, given the number of switches that can be messed with to finetune the difficulty, I’d say most should be able to adjust the challenge to their liking.

A game like this would definitely benefit from being turned into a fully-fledged score chaser. It’s simple, incredibly easy to pick up and play, while still maintaining a degree of difficulty. A tweakable degree. The best kind.

The Ancient Art of Staying Alive is available on itch.io, carrying a $2 price tag ($0 until the end of March).