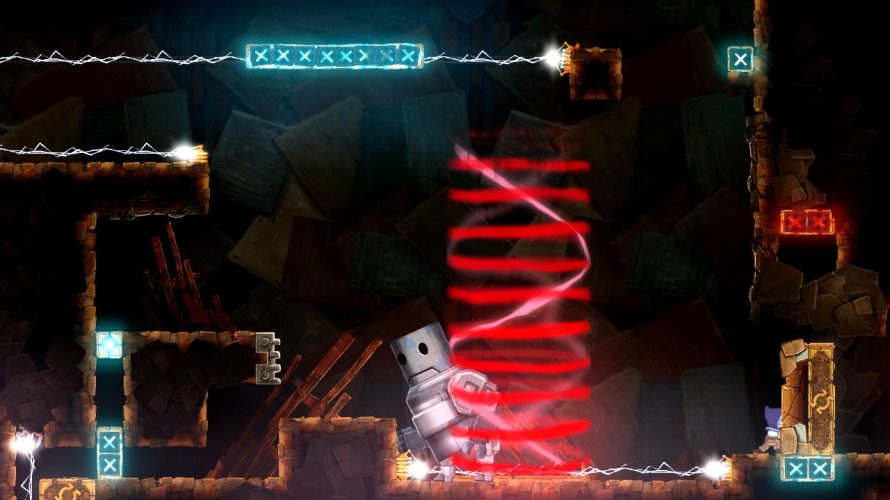 Pursued by evildoers, I had no choice but to race across rooftops in the pouring rain, leaping from building to building, hoping to at some point escape. No matter where I went and which route I took, they managed to keep up. That is until I entered Tesla Tower; a place filled with dangers, secrets, ancient technology, and… the locale of a fantastic adventure.

Like so many other [players], the first thing I noticed upon starting Teslagrad, was its striking art style and smooth animations. Everything in this 2D platformer was just so bright and colorful… well, most of it, anyway. Parts of this legendary tower have a darker and steampunk-ish feel to them, while the rest sport a more vibrant and relaxing look. Both equally impressive.

I’d strongly recommend against getting caught up in the scenery though and, given the number of hazards, that’s a recipe for disaster. But seeing how your life count is infinite and checkpoints are frequent, dying will rarely – if ever – set you back more than a few minutes. Death by electrocution, falling into fiery lava pits and other nasties are not uncommon, but at least the controls are tight and responsive, so you only have yourself to blame (boss fights being one of few exceptions to the rule).

Everything from story elements to how everything works is presented without the use of text, and there are no loading screens to disrupt the pace either. Each different mechanic is introduced by way of drawings and/or paintings, which certainly beats wading through a silly pre-game tutorial. While you won’t be packing an overwhelming amount of complex moves by the time the credits roll, you will most certainly feel like a badass! Unless being able to teleport short distances and manipulate magnetic polarities at the press of a button isn’t cool enough for ya? Yeah, that’s what I thought. Badass it is. 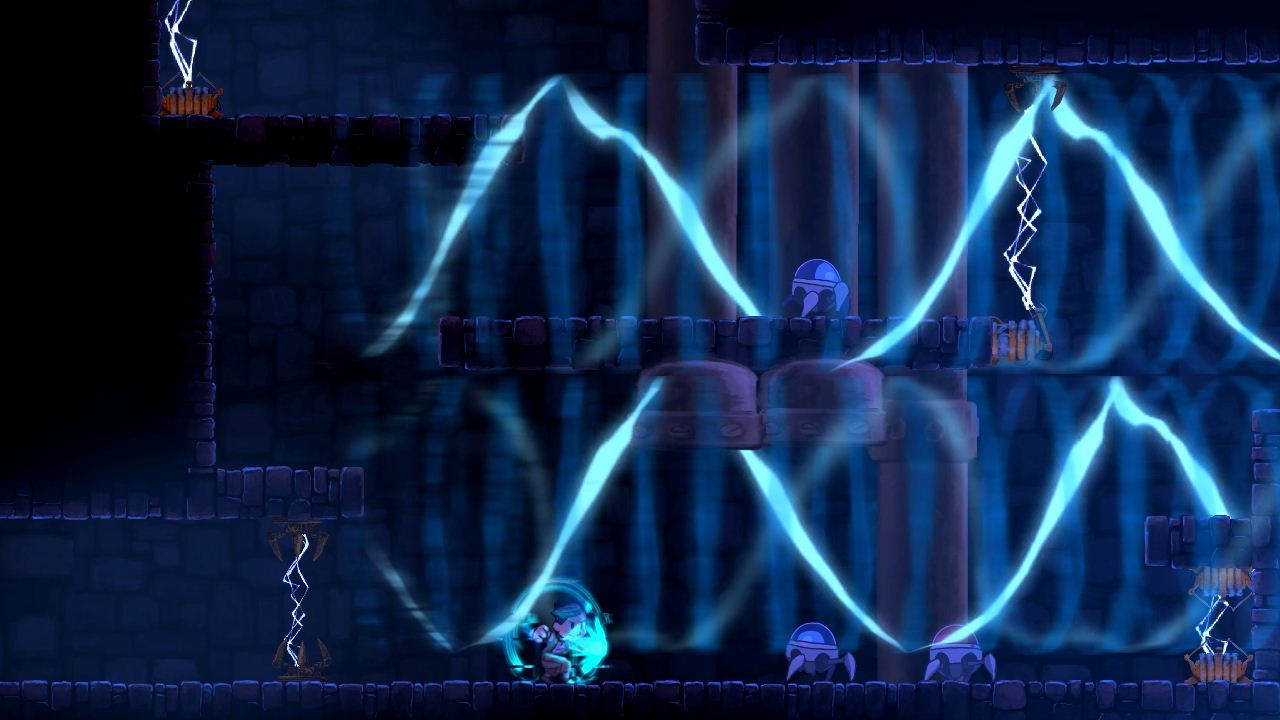 That said, early on, you will have to rely on tiny robots for the most part. This may seem like a chore given their sluggish movement, but I actually found them to be quite an interesting idea if nothing else. They’re able to go places you can’t after all, and death will simply delay them a few seconds, as more often than not, they’ll respawn nearby. How’s that for cost efficient puzzle solving tools? Send a robot to do a man’s job – safer that way!

Now, most obstacles in Teslagrad have a direct connection to magnetism (get it?), and the polarity is indicated by either a blue or red color. This is used for a variety of tasks, like pushing boxes, moving platforms, floating through thin air, and my personal favorite, traveling by way of magnetic fields. Pick up some blue and head into one, you’ll see what I mean. As I’m sure you’ve figured out by now, red does the exact opposite, letting you use its repulsion to ‘levitate’. Do be careful however, for you’ll often use this to cross hazardous gaps, and mid-air movements tend to be less than precise.

While a failed jump is annoying, especially since it often leads to death, the feeling of pulling off a spectacular stunt can be downright amazing. As such, it’s a darn shame there aren’t many places for such acrobatics. Quickly teleporting through lightning barriers to then be pulled upwards by magnetism, after which I’d dash towards another, hoping to reach the gate about to close… crazy stuff! 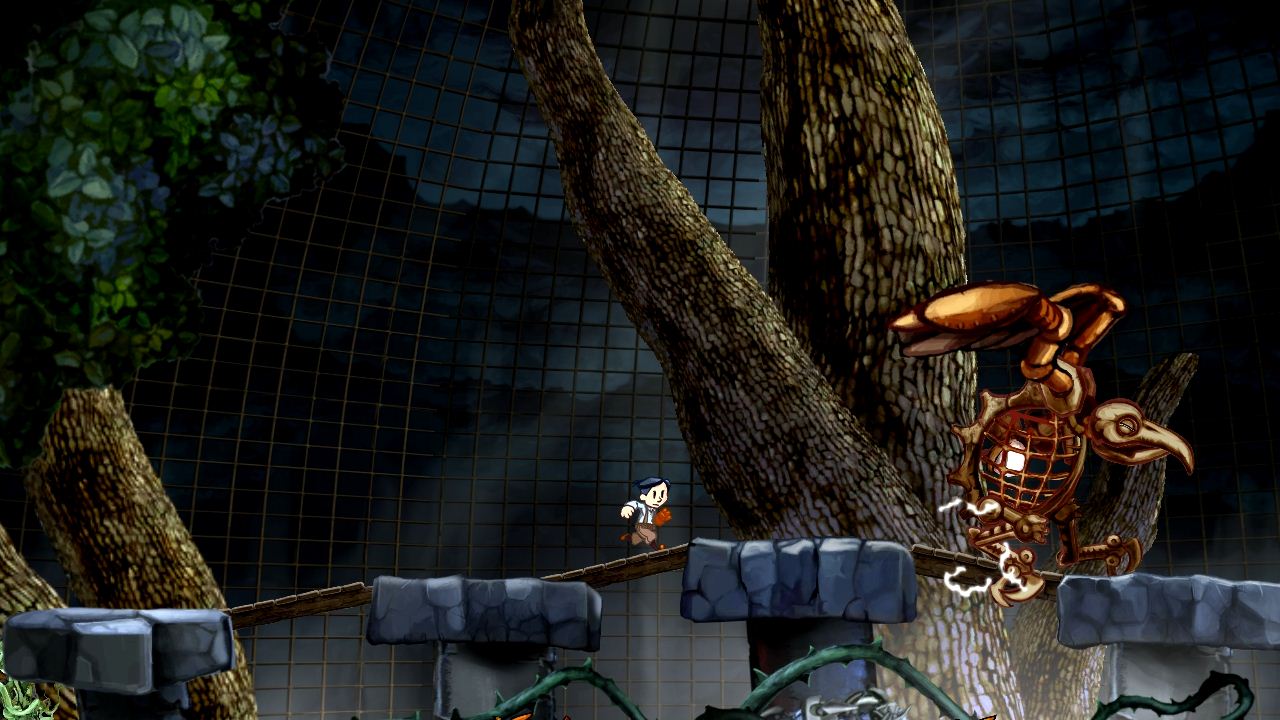 Unfortunately, such excitement and thrill is nowhere to be found when boss battles are on the menu. Frankly, these can best be described as drawn-out and repetitive, as opposed to entertaining and fun. But the lack of mid-fight checkpoints is by far the most frustrating part, as a lot of time is spent doing next-to-nothing during these. They do make good use of your special abilities though, as in one specific encounter, you’ll have to think fast and move even faster, or, well, get disintegrated by colored energy balls (magnetic powers, activate!).

However annoying, those are also the few instances of genuine fighting in Teslagrad though. Sure, you’ll likely end up killing a bunch of robots along the way, but that can hardly be considered ‘kicking ass and taking names’. Besides, chances are you’ll be much too busy manipulating your surroundings, reversing magnetic fields and floating across electric beams, the latter of which you’ll be doing a lot.

For the most part, the platforming feels just right. Your character doesn’t slide around and movements are precise (when on solid ground, anyway). But there were moments which almost made me throw my controller across the room; a feat accomplished by very few games, this past year. I did, however, progress, following a few frustrating minutes of magnetic trial and error, so it’s not like the challenge is crazy high. Given its puzzle focus, I’d say this was the right choice: throw in some challenges here and there, but allow the player to enjoy the experience without too many major obstacles. 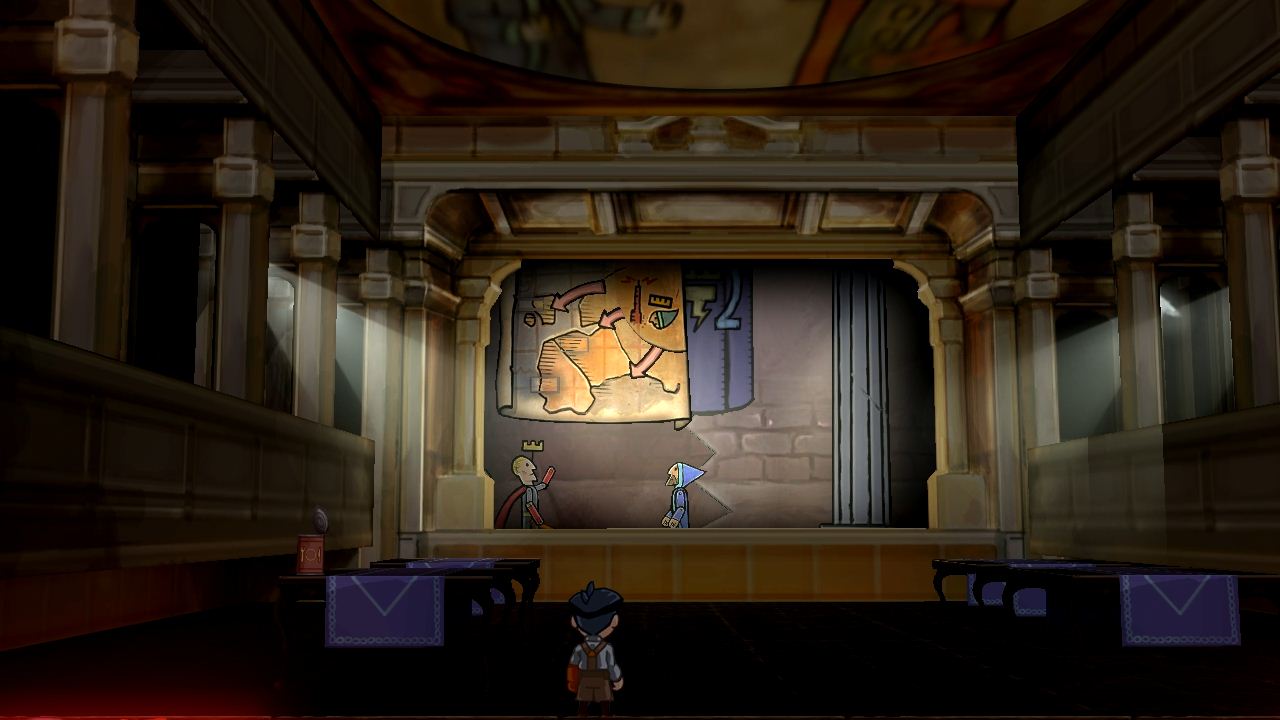 Given the complete lack of dialogue, cut scenes, and other common interruptions, it’s not overly difficult to lose track of what’s going on, or why you entered the tower in the first place. You’re not entirely in the dark though, as certain locations play host to story elements by way of a theatrical display. This method has the added benefit of keeping the player fully immersed, as the performance – quite literally – happens right in front of your character. Nice touch.

Overall, this one’s an easy recommendation. I was a bit saddened that the Metroidvania aspect wasn’t explored more, as each new ability could easily have been used to access new areas. But as it stands, this linear affair is likely going to last around 4-5 hours for most, depending on whether you feel like tracking down collectibles. What, too short for ya? Remember, walking the line between a padded experience and one that doesn’t overstay its welcome is not easy; awesome magnetic abilities or not. Yet Teslagrad does exactly that, and the result is a refreshing genre entry that should not be missed.

Teslagrad is available from Desura, GOG.com, and Steam for $10. Its demo can be found here.