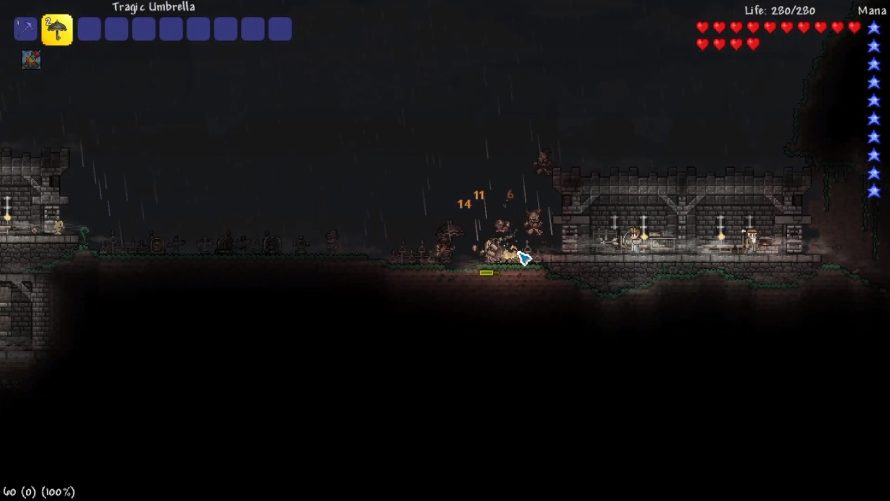 Oh boy. Has it really been eight years since Terraria first saw the light of day? Man does time ever fly when you’re having fun, roaming a 2D world filled to the brim with demonic beings – a world that has been expanded considerably upon since 1.0. To the point where… well, surely they have to run out of ideas at some point, right? As it turns out, Re-Logic has one last massive expansion in the making, and I for one am more excited about it than words can say.

Aptly named The Journey’s End, as with previous additions to the incredible sandbox title, this too will be free. Very cool, that’s (obviously) not the best part. Heck no. Unless you don’t care about the fact that it “will be revisiting nearly everything in the game” and adding 800+ new items, some craftable while others can only be acquired in the wilderness. Speaking of which, new enemies and “challenges” (whatever that means) are also on the menu, complete with a bestiary to keep track of all those pesky hostiles. Groovy stuff.

Ah, almost forgot: we’ll be able to play golf(!) in-game once this update lands. Golf! Woo! No really, I am looking forward to that. Why are you looking at me like I’ve gone mad? Well, anyway, for the challenge-seekers, how about Master Mode, a difficulty well beyond Expert? Yeah. Good luck with that. Me, I’ll be sticking to normal in Terraria, playing golf and fending off the weak shambling of zombies as they attempt to knock down my door. Or some such.