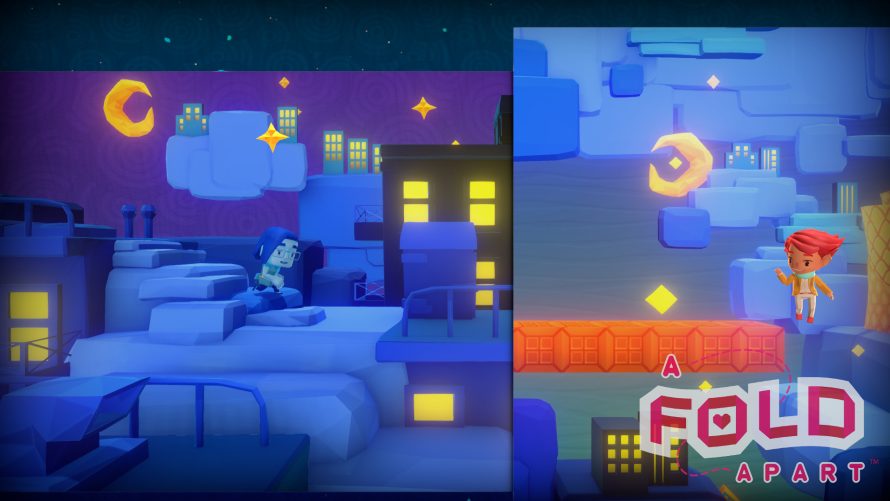 Most long-distance relationships are, sooner or later, going to go awry. Does that mean people shouldn’t even try to keep the romance alive if circumstances force them apart? Heck no! Fight for your right to love, I say, and that’s exactly what you’ll be doing in A Fold Apart. Except, you’ll be folding paper, not fight, but… same difference.

“Flip, fold, fold some more, unfold -- ah, a bridge has been created and the two star-crossed lovers are reunited, if temporary!” This is how I am hoping the experience will be when I finally get to traverse the 50+ paper puzzles, one fold at a time. There’s just something about folding paper, creating entirely new images from something else, without ruining the original. In fact, if the trailer below is any indication, a lot more mending than destruction will have taken place by the time the credits roll on this particular story.

By flipping, folding, and unfolding the paper puzzles in their handcrafted worlds, you can help the couple overcome the emotional barriers of their relationship — but will love endure…?

One thing to note is the difficulty, which I suspect won’t be overly high given the reliance on a mix of flipping and folding; although is that actually a cause for concern? Doubtful! A game like A Fold Apart is likely better off without a steep difficulty to stomp players, leaving them free to enjoy the story as well as its lovely art style. Might even have a few hidden tips for those trying to work it out across a great distance. Chances are it won’t, but ya never know. Ya just never know. Much like with long-distance, aye? 3… 2… 1… fold!

A Fold Apart will be on Steam, Switch, PlayStation 4, and Xbox One, this June.