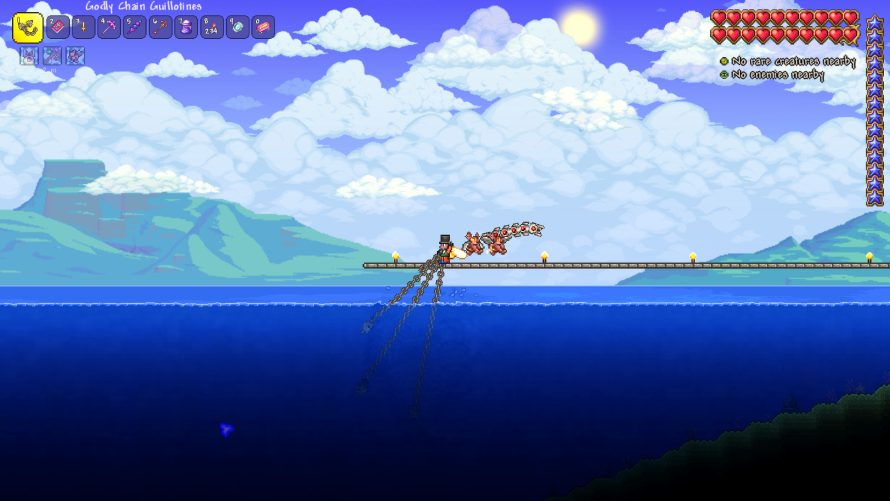 Really, Google? You oughta know by now that the silent treatment is only going to land you in hot water with oh so many people, and yet here we are, Terraria developer CEO’s account banned… with no explanation or even a response. Anything. Something. What, you guys upset that Stadia failed to become anything resembling a hit, so now you’re lashing out at a developer who’s actually trying to help your fading platform grow? Good grief.


If I live to be a hundred I’ll likely never come to understand the inner workings of companies like Google, and it seems Andrew Spinks (Terraria developer Re-Logic’s CEO) is of a similar mind, as after more than three weeks since losing access to his account, he took to Twitter, telling Google how his company will no longer support any of their platforms moving forward. What makes this even more horrifying is that the account in question was also his personal, meaning he lost some 15 years of emails and other data, including every purchase ever made on Google Play, documents on Google Drive, and so on. And Google’s doing what to remedy the situation? Nothing. At all. Not a damn thing.

I absolutely have not done anything to violate your terms of service, so I can take this no other way than you deciding to burn this bridge. Consider it burned. #Terraria for @GoogleStadia is canceled. My company will no longer support any of your platforms moving forward.

I’ve spent approximately 450(!) hours playing the PC version of Terraria and recently actually managed to beat the final boss on Master Mode (highest difficulty) in multiplayer with one of my friends, so when I say Stadia users – all five of them – will be missing out on an absolute gem, well, I’d like to think I know what I’m talking about. Now, whether Google is going to learn anything from this incident remains to be seen. I very much doubt it.

That said, for those of you now wondering why I even bothered with this article, I actually have two reasons (one of which is actually really good):

So there ya have it: Google messed up and Re-Logic is done with their platforms. RIP Stadia, long live Terraria.