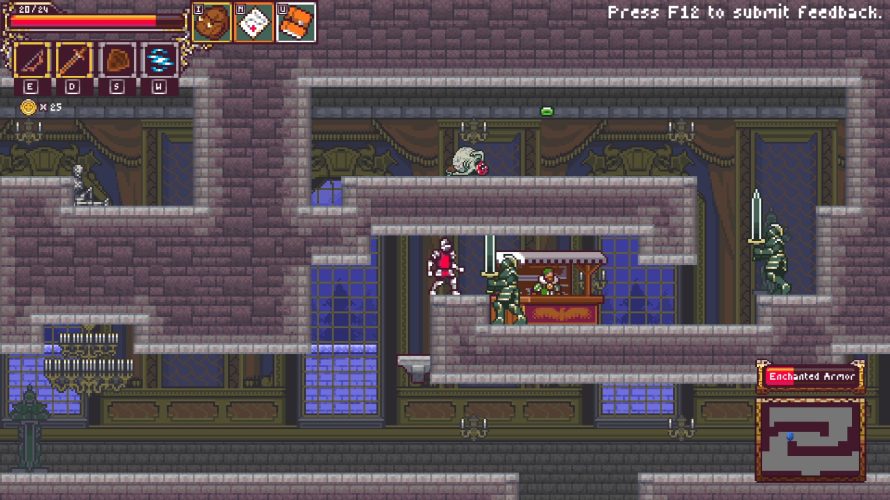 Let’s see… 2D, skeletons, zombies, armored knights, flying skulls, RPG elements, takes place in a castle. We definitely got ourselves a genuine Castlevania throwback here, in the form of Plague Breaker. Quite the catchy soundtrack too, and in spite of, at the time of writing, still being in Early Development, there’s actually a decent chunk of content. But is the game any good?

Simply put, yes. After wrapping up the tutorial, which teaches you the basics like jumping, climbing, ledge grabbing, and using abilities, the leveling system is introduced. This is where, once unlocked, multi-classing comes into play. See, while you start off with only the warrior class available, packing a mighty sizeable sword and shield, milestones – like opening a specific number of chests or defeating specific bosses – expands the roster. Not just in a ‘which do you want to play as next time?’ either. No, Plague Breaker takes a page out of D&D with its class system, allowing players to mix and match each level-up, making the starting class more of ‘what kind of arsenal do you want to begin with this time?’ as a spell flinging warrior is totally possible. 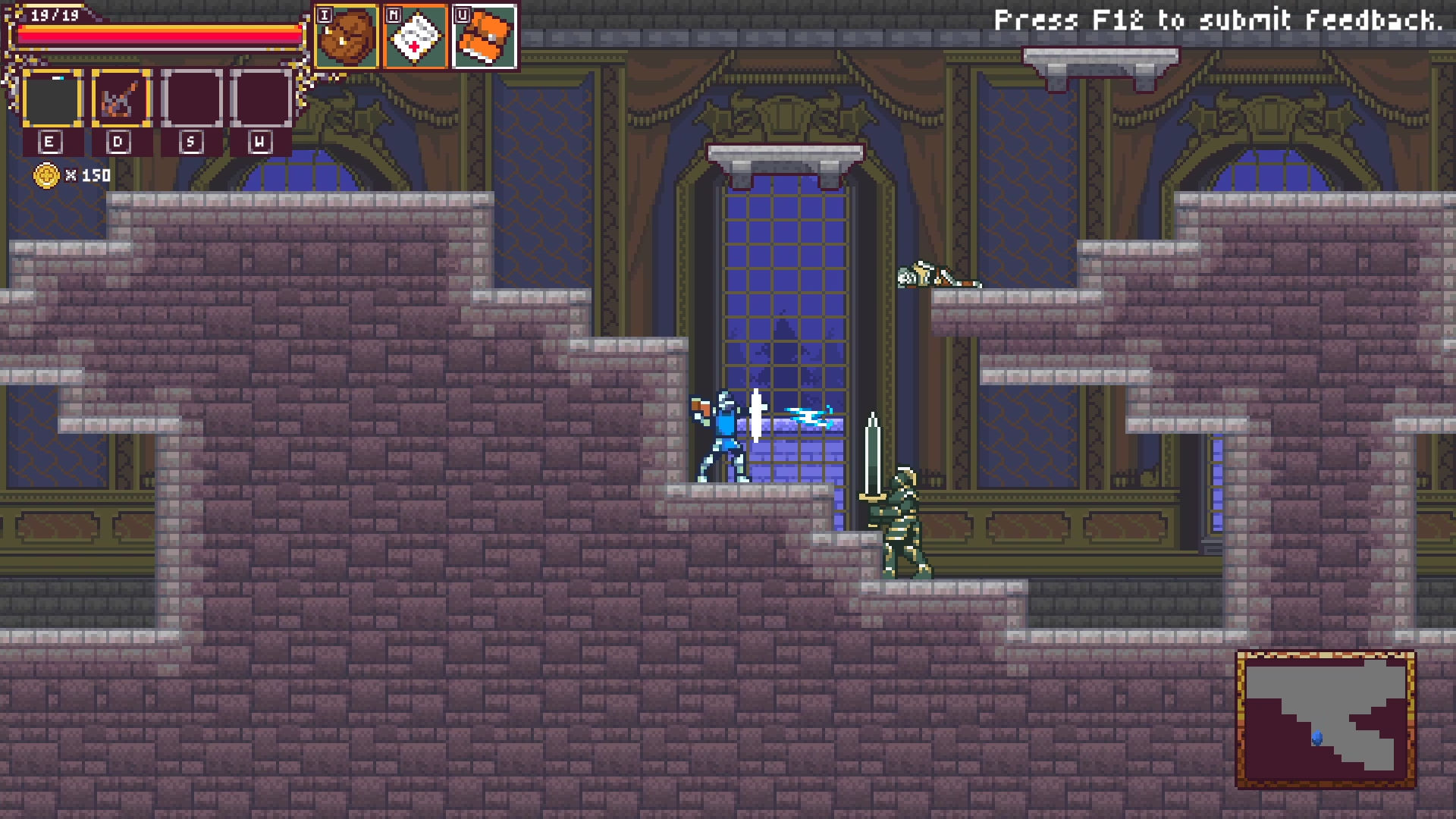 That’s not to say the class choice doesn’t bring about other boons, however, as each does come with its own set of unique permanent buffs. The warrior, for example, deals more damage with weapons and has a larger health pool, while the mage gains an extra magic item slot. While that might change as the game grows over time, right now, I can’t help but feel the mage got the short end of the stick (get it?). Perhaps that will even out at higher levels. Perhaps it won’t. I was unable to beat the Lich during my time spent playing for this article, although not for a lack of trying, and boy was it ever a fun fight. Straight out of old-school Castlevania titles, magic and mayhem were let loose, the encounter changing as I whittled away its health. But then I lost my focus for a few moments, found myself bombarded and… dead.

No saves to load either or anything resembling a continue screen, for this one plays by roguelite rules, the only thing kept is some sorta post-death unlock based on whether certain things were accomplished or not. Generally speaking, I’m not exactly the biggest fan of that genre these days, but exceptions can be made if the game in question is enjoyable enough. This one was, and after the Lich wiping the floor with my warrior, I went right back in, only to find myself getting careless during a mini-boss I already knew my way around, and… well, that’s all she wrote. Again.

At least I unlocked (discovered?) a few additional items, even if, at the end of the day, they didn’t really make much of a difference for progression. Even so, all in all, it was a genuinely enjoyable experience – one which reminded me more than a little of the GameBoy Advance Castlevania games, save for the lack of a whip and, you know, holy water. Plenty undead and creepy crawlers to vanquish though, using whatever weaponry the gods of RNG are willing to part with during each run.

Plague Breaker is available on itch.io, for free.