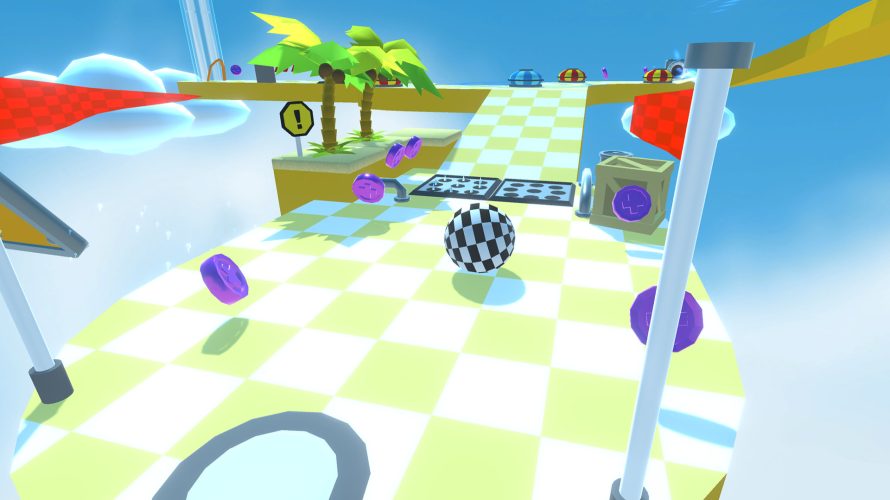 It’s been quite some time since I played Marble Madness, but I still haven’t forgotten that absolute classic. The graphics were simple, the controls slightly bothersome, and yet there was fun to be had, navigating an obstacle-filled maze as… well, a tiny marble. Much like Spin & Roll, except you’re not a tiny marble, so much as a big ol’ ball, and yet I was reminded of that marble-roller after watching this trailer, somehow.

Now, while a proper comparison can’t be made, the two being decades apart and me having only played the former, that joyful feeling of rolling… and rolling… and rolling… seems to be in Spin & Roll too, complete with more than a little exploration as the levels seem rather, well, wide open. Described by its creator as a game that’s “designed to test your reflexes, skillful movement and watchful eye”, I suspect the hazards showcased in available footage are only going to get more deadly as the player nears the end of its 25 stages.

I mean, they are apparently “chocked-full of hazardous spike traps, menacing slimes, laser beams, fire-spouting turrets and angry Glorbs”. Wow. No idea what a Glorb is, and quite frankly, I’m a bit afraid to find out. An unknown entity and an angry one at that? Yeah. I’d rather just keep rolling… rolling… rolling… Rawh – ahem. Anyway, did I mention how not all traps are actually static entities, how some are going to chase you around the level? Because that’s totally a thing. Probably the Glorbs. Those darn Glorbs. Ugh.

Lots of spinning and rolling (ah, the title makes sense now!) to do, and those good enough to nail a perfect run in each level just might find something far more challenging suddenly available. Or so is claimed on its Steam/itch.io page. Be the ball. Make sure you’re always on the ball. Don’t drop the ball. Alright, enough of that. Time to Spin & Roll!