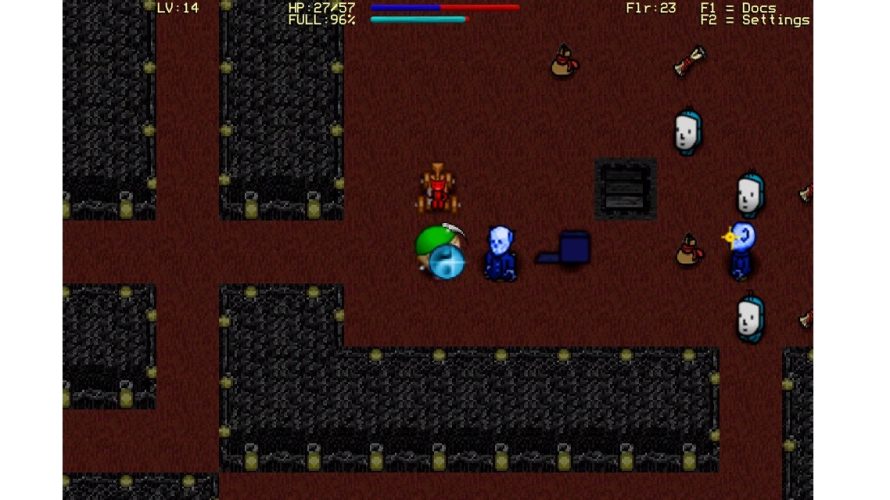 This time the spotlight will be shining on Voyage to Farland, a rather challenging dungeon crawler which draws heavily upon the Japanese Mystery Dungeon titles. What say we help it escape the cold emptiness of Greenlight limbo?

A homeless wanderer enters the forested valley called Iya Gorge – a strange land filled with mystery, danger and frightful creatures possessing fell powers. In search of a lost sister, the wanderer takes on challenges in forests, dungeons, and caverns to defeat an evil witch who has kidnapped the local children. But completing that quest is just the start, for beyond it lies the more daunting task, embarking on The Path of No Return, a brutal trail through catacombs and treacherous lands to reach the mythical place known to locals simply as “Farland”.

Uncanny, unnerving and at the same time, kinda intriguing. I mean, The Path of No Return? How could you not want to tread through such a place? Well, unless of course you actually value your life and all that stuff. But that’s hardly the case for our would-be hero, the protagonist of Voyage to Farland, as he does kinda need to find his sister, challenge be damned. Oh and speaking of, having actually played the game, I can safely say… you will die in this one, and frequently at that. Although with so much to do, and a potentially grand adventure ahead, at the same time, it does have that ‘just one more attempt’ thing going. There are NPCs to recruit, a multitude of dungeons to conquer, mythical (and normal too, probably) beasts to slay, and of course… crafting! Just beware of

So riddle me this, dear reader: why is Voyage to Farland still struggling to get through Greenlight? It’s been out for a while, after all. As such, how about visiting its Greenlight page and handing over a ‘yes’, if you like what you see? Remember, your vote matters!