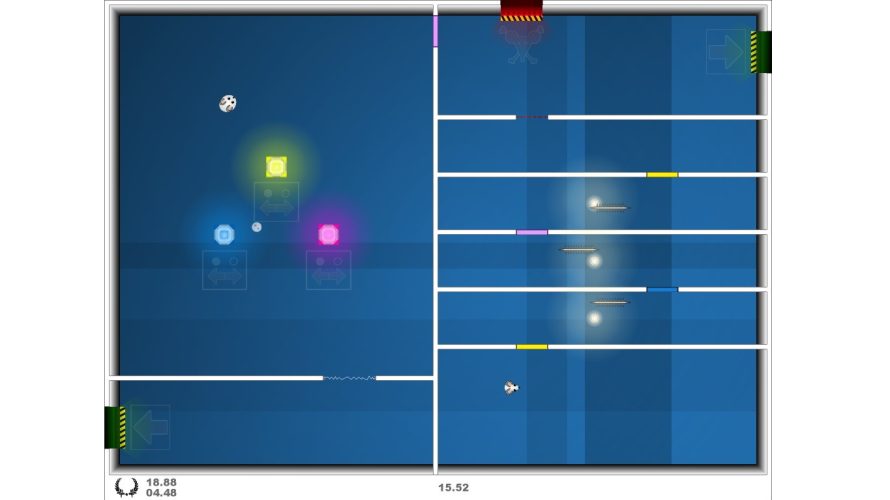 This time the spotlight will be shining on Labo, a game about… lab rats! What say we help it escape the cold emptiness of Greenlight limbo?

In Labo, the player controls two rats at the same time. What’s your goal ? Get them out of the maze before the timer reaches the fateful 0. What’s the danger ? Relentless mechanic foes, aggressive spiders, doors, electric barriers, spikes, buzzsaws…

In other words, your average lab experiment… with enough environmental hazards to satisfy the craziest of scientists. Or something along those lines. What the above quote does not mention, however, is that you’ll be controlling both at the same time, or that they have different physical properties; one’s tiny and fast, while the other, well, let’s just say he’s great for pressure plates. Sounds like a fun time to me, and there’s room for couch co-op too, which just makes it even better. If only I could convince someone that I won’t sabotage their attempts at actually beating each level with me, that is. Ah, if only.

So riddle me this, dear reader: why is Labo still struggling to get through Greenlight? It’s been out for a while, ya know. How about visiting its Greenlight page and handing over a ‘yes’ if you like what you see? Remember, your vote matters! It really does.