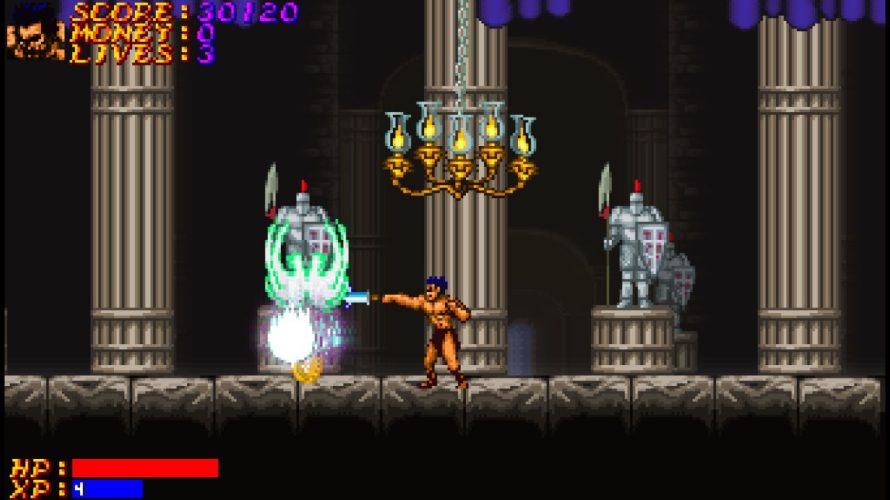 This time the spotlight will be shining on Insanity’s Blade, an old-school action title starring a barbarian on a violent quest – one that’ll take him straight to (and through, hopefully)… hell. Let’s see if we can’t help it escape the (somewhat) cold emptiness of Greenlight limbo, eh?

The Chronicles of Thurstan is the first in a series of games based around the journey of a sword possessed by a father’s powerful grief and hatred. This first game is the tale of the swords creation.

Show of hands, who doesn’t enjoy laying waste to demons, undead, and similar nasties? On top of that, given its pixellated art style and chippy music, there’s an undeniable amount of nostalgia involved as well. One thing does seem ever so slightly off though, and that’s the whole ‘possessed sword’ thing. Based on available gameplay footage, it looks more like a knife/dagger? Tearing limbs off your foes and surfing on skeletons does look fun though, tiny blade or not! That said, hopefully, the RPG/upgrade system will bring some variety to the combat, as flinging daggers and throwing enemies around is bound to get a tad repetitive. But we’ll see, come launch.

So riddle me this, dear reader: why is Insanity’s Blade still struggling to get through Greenlight? It’s not out just yet, but should be soon-ish. As such, might I recommend visiting its Greenlight page and handing over a ‘yes’, if you like what you see? Remember, your vote matters!