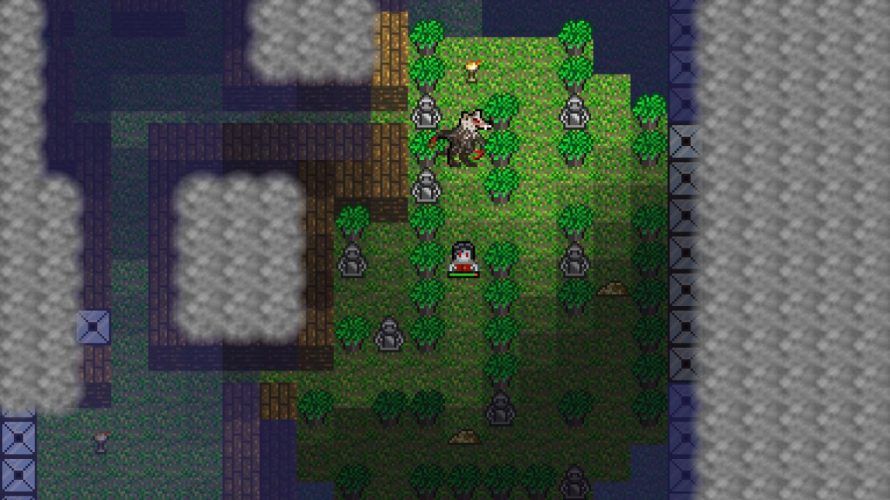 This time the spotlight will be shining on Golden Krone Hotel, a roguelike… of two worlds! Let’s help it escape the cold emptiness of Greenlight limbo, eh?

Kill vampires with sunlight or become a vampire yourself and use stealth to sneak up on pesky humans. Humans are weak, but cast powerful magic. Vampires are tough and fast brawlers, but they depend on blood to regenerate health. To survive, you’ll need to strategically switch between vampire and human forms at the right times.

Peculiar concept, and yet, very original. I like it. Don’t much fancy how humans are – yet again – portrayed as the weaker species, just because vampires are also part of the equation though. Oh well. At least both ‘sides’ get to kick ass and take names on even ground, each featuring a completely different style and certain tactical (dis)advantages. Vampires are the stealthy type, preferring the cover of darkness, while humans, as far as I can tell, are genuine spellslinging brutes, not afraid to get their hands dirty. Not in the slightest. Although… I suppose the same could be said about vampires, what with their blood-thirst and all? Such a violent place, this hotel!

So riddle me this, dear reader: why is Golden Krone Hotel still struggling to get through Greenlight? It’s not out just yet, save for an alpha. But even so, how about visiting its Greenlight page and handing over a ‘yes’ if you like what you see? Remember, your vote matters!