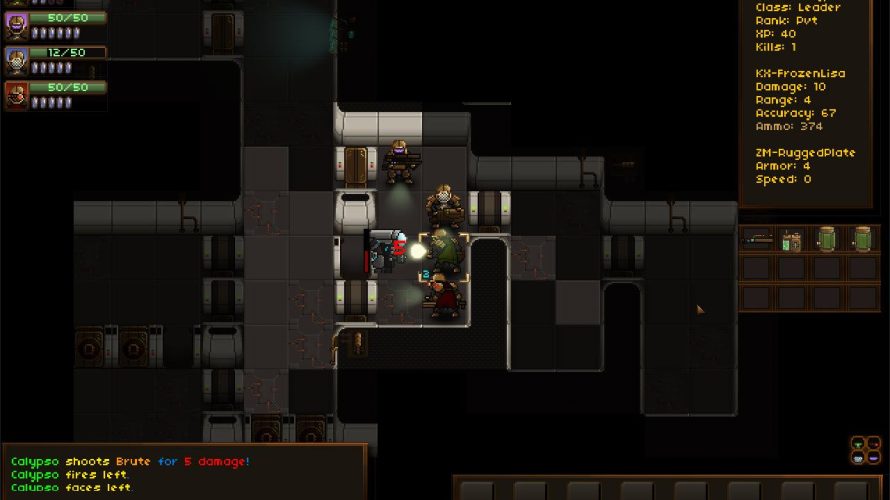 Are you a fan of roguelikes? Do you like space/science fiction in video games? If the answer to at least one of the two is yes, then why are you not playing Steam Marines right now?! It may still be a WIP in many ways, as I wrote in my Indev Spotlight, but at least the latest version adds a much-needed feature: The ability to replace dead squad members! It also fixes bugs and… aw, who cares? RECRUITS!

Since each and every member of your squad, no matter the type of soldier, likely won’t live forever in Steam Marines, the ability to replenish your ranks is extremely helpful. In order to get a replacement, you do have to make it to the elevator though, so it’s not like you can simply call in replacements from thin air; science fiction or not, that wouldn’t exactly make much sense anyway.

The survivor recruitment system is triggered when using the elevator and the squad has lost at least one member. A survivor will be generated with random stats/gear and the player may choose to accept or reject the recruit candidate as desired. Survivor recruits may start wounded.

Now go blow up some walls and blast aliens/robots! Oh and here’s the changelog for 0.6.6a, with the alpha being available here (Windows/Mac), and be sure to check out their Greenlight page too.