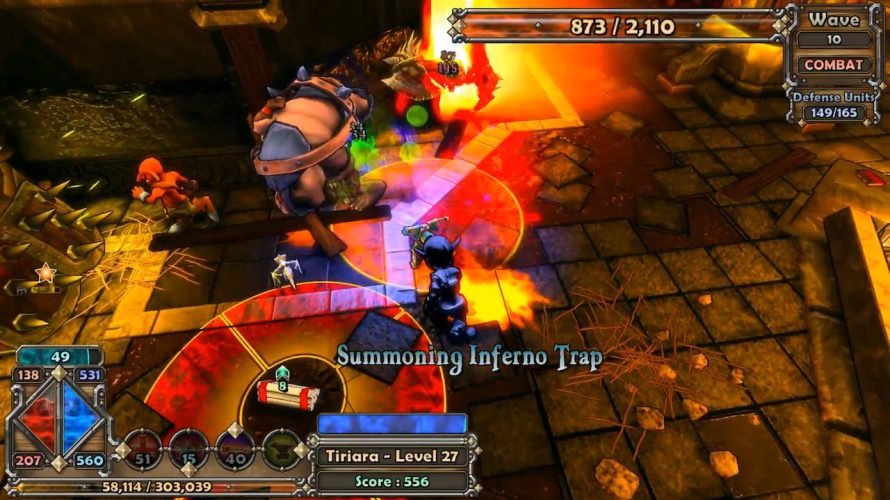 Dungeon Defenders recently celebrated its first birthday and quite frankly, the game is better than it’s ever been with lots of content and plenty of fun to be had. The fact that Trendy Entertainment are still releasing DLC for the game – both free and premium – more than a year after launch is also quite impressive; although I’m hardly alone in hoping they’ll release more map packs and less cosmetic content in the future.. a very impressive game nonetheless.

In case you haven’t experienced, or even heard of Dungeon Defenders yet, it’s a third person action/tower defense/RPG hybrid in which 1-4 players (both online and offline) participate in the defense of a crystal (aka. the tower), across several different maps. There’s even a story for those who care about that, but personally, I found it to be dull and uninspired, while the action was the exact opposite – there’s rarely a dull moment in Etheria!

This is definitely a deal no PS3 owner with a PS+ subscription should ignore (did I mention it’s free?). It’s only free until March 26, according to the post on dungeondefenders.com, which sounds a bit odd so maybe they mean November 26? In any case, stop reading this, grab a bunch of friends and get ready to defend Etheria’s crystals from orcs, ogres, kobolds, spiders and all the other nasties. The kingdom needs its heroes now more than ever before!