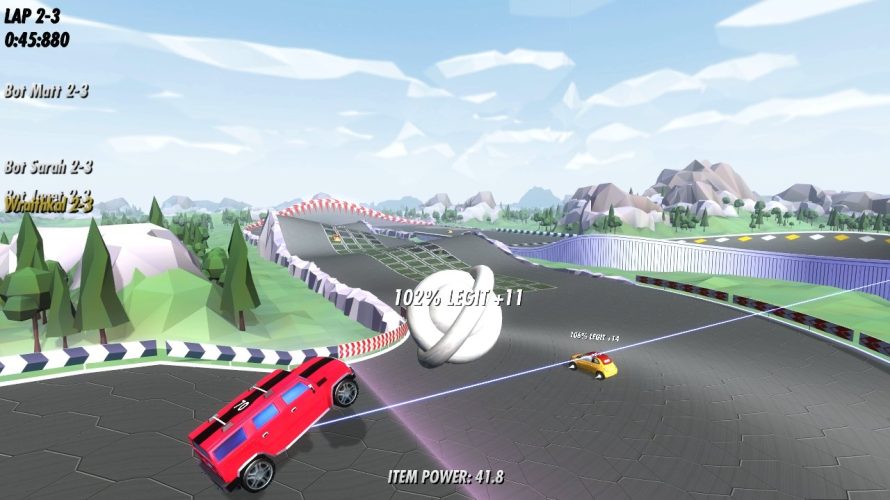 Most racers these days puts you behind the wheel of a car or has you piloting a plane. It’s simple, down-to-Earth stuff. Not so with Speedway Heroes, as here, you could easily find yourself racing against a horse or a UFO, each with their own special abilities. How’s that for a unique twist, eh?

Even though the game is still under development, the current build is quite playable, on top of being rather entertaining. That does mean everything can change between now and the release of v1.0, which is why the title has a version number – reference and all that.

As far as actually playing goes, you’ve got a couple of options, and believe it or not, there’s actually online multiplayer (with or without bots). Didn’t have much luck finding anyone, but the bots certainly provided plenty competition as I never managed to finish higher than third (of six)! There’s also a ‘lone wolf’ mode called Race to DMV, which appears to be of the semi-endless sort, in which a single crash takes you right back to the start. Ouch.

Now, in Speedway Heroes, the fun begins from the second you’re asked to pick a ride: car, horse or UFO. Each comes in three different ‘flavors’ (light, mid, heavy) too, and then there’s the abilities/power-ups. The horse, for example, has access to a lovely speed boost, while the UFO packs a force field (wait, what?). You won’t be able to simply use any of those from the get-go though, as you’ll have to gather ‘item power’ first. This stuff, as far as I can tell, is handed out at the end of each lap; the faster you finish, the more you get. 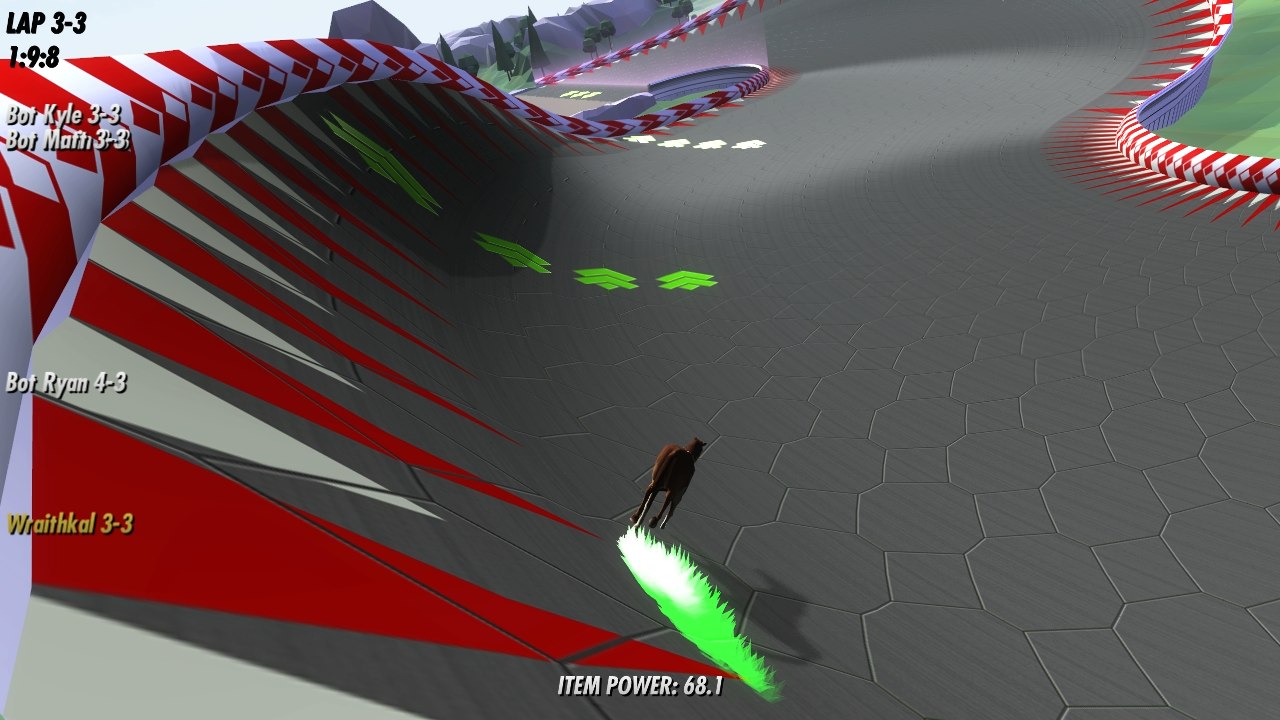 Oh and on top of all that, how do procedurally generated tracks sound? Awesome? Got that right, and that’s what you’ll be racing on here! There are crazy jumps, curvy roads, tight corners, sand-riddled areas (which slow ya down significantly) and spike traps – all put together at random, ensuring that no two races will be the same. At all.

The physics are based on my favorite racing game Mario Kart Double Dash.

This next bit probably goes without saying, but… a controller is highly recommended. The keyboard does work, although it’s certainly less than optimal, considering the type of game we’re dealing with here. That said, there are some who do just fine in racing games with keyboard controls, so who knows? I’m definitely more of a gamepad guy, PC or not.

Those who feel the need for speed (be it on horseback, behind the wheel, or piloting a UFO!), would do well to grab the latest build on the Speedway Heroes website. Dev blog? TIGForums.