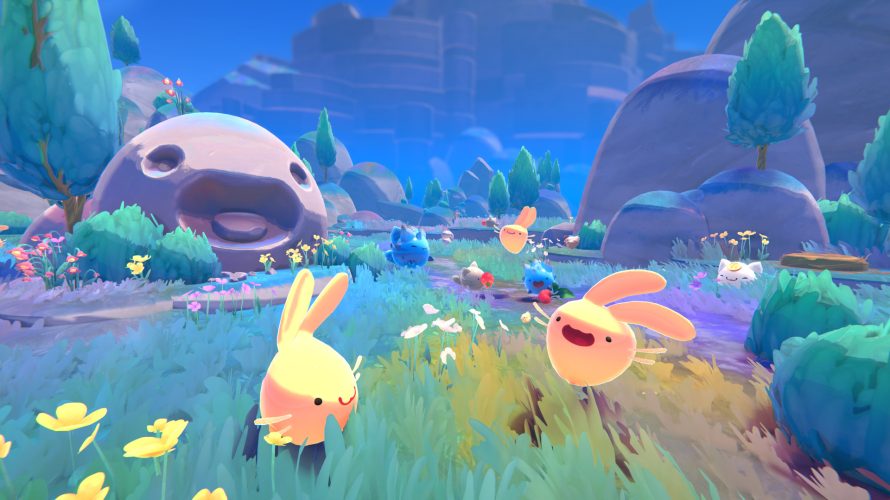 I’ve been playing the original Slime Rancher on and off since… let’s see… wow, 2016? Time sure flies, much like the slimes Beatrix LeBeau, its protagonist, have spent countless hours gathering, flinging into the ocean, and most importantly, milking for plorts to get them sweet Newbucks. Good times were had, but that was then, this is now, and Slime Rancher 2 is rapidly approaching with a brand new adventure on Rainbow Island.

We’re still on the Far, Far Range though, even if Beatrix LeBeau has somehow ended up in a brand new locale. Guess it’s an even bigger place than I thought, and you better believe I did a lot of exploring in Slime Rancher. That’s not the only familiar part of this sequel either, as Rainbow Island features more than a few familiar faces – some of which can be seen in the brief reveal trailer below – and Beatrix is, unsurprisingly, still all about that slime science (and Newbucks to help fund the research).

Earn newbucks from slime plorts and collect resources on Rainbow Island to upgrade your vacpack, build new gadgets, and expand your conservatory.

Adding to that, I also doubt fans of the original are going to be surprised by the inclusion of, as Monomi Park puts it in the reveal, “an avalanche of wiggling, jiggling, new slimes to discover”. Wouldn’t have it any other way, as even after spending close to 70 hours wrangling those adorable little blobs I’m still ready for more. Much more. Bring on the sequel! Ahem.

Anyway, among the new faces… how about cotton slimes or angler slime? Can’t wait to see what kind of groovy slime science their plorts end up fueling. While I’m sure at least a few will return from the first game, we’re bound to get a whole bunch of new tools, gadgets, gizmos, toys, and other fun things. Provided we’re able to keep those unruly slimes in check with the right diet (or wrong… depending on your plans for them) long enough. Whatever happens, I’m sure it’ll be an adventure for the ages, and a grand return to the Far, Far Range!

Slime Rancher 2 will be available on Steam [Early Access] in 2022.