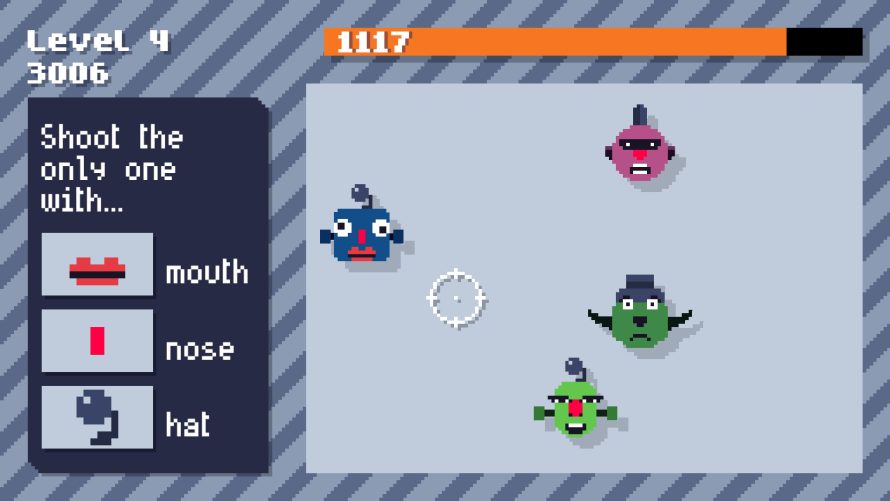 Ten seconds might sound like a long time to pick someone from a crowd based on a handful of descriptors, but… it really isn’t. Especially in Singled Out, where shooting the wrong guy, well, let’s just say you don’t want to make that mistake. Because then the criminal would win, and we don’t want that, now do we? No. No, we most certainly do not.

“Three descriptors, a handful of people, one of them needs to die by your hands. Figure out who the target is in the next ten seconds and get the job done!” That about summarizes every round of Singled Out based on the trailer below, and I’ll be damned if it doesn’t look like an absolute blast. Even more so because leaderboards have been included, ensuring the competition will truly heat up as people get better and better at ID’ing the criminal from a crowd of… well, 10 million randomly generated weirdos, apparently. Yeah.

In Singled Out you must identify your target in a crowd of weirdos before time runs out.

While originally a GMTK Jam 2019 entry, this version adds and improves in every which way, more than justifying the price tag in my books: visuals and sound have been overhauled, leaderboards and achievements added, difficulty curve tweaked/improved, and more. As its creator puts it, this one’s “a short, simple but challenging arcade game”, which is quite often exactly what is needed for a good time in a video game. Shoot first, ask questions never, and pray you picked the right target. Otherwise, there goes your shot (get it?) at topping that ever-important leaderboard.

Singled Out is available on Steam, carrying a $1.99 price tag.