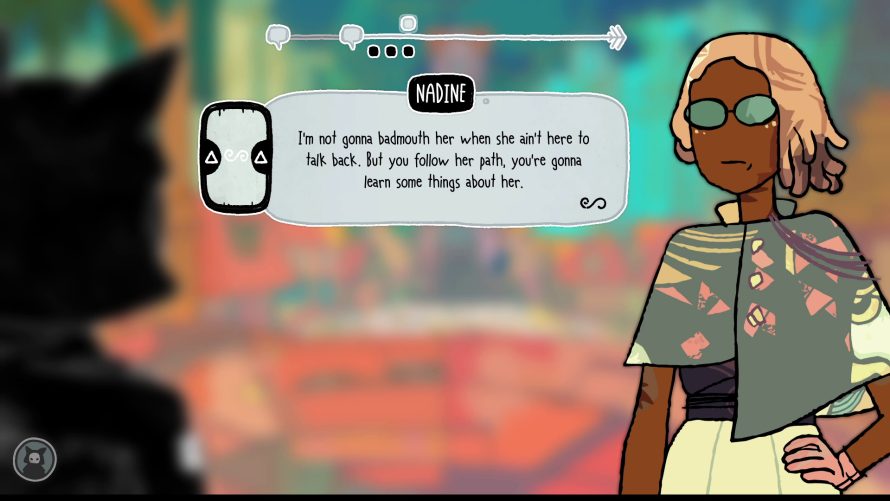 It’s (almost) time to embark on a cross-country road trip to play card games with lots and lots of people. People you’ve never met before, never even heard of or seen. Oh right, I should probably explain why: in Signs of the Sojourner, you’ve taken over your mother’s store after her death, and as such, it needs to be restocked. Which means you gotta hit the road and strike up a chat with the faraway locals. By playing cards. Groovy!

Choice. Choice is important. Without the ability to make decisions, we’re… well, just a bunch of pre-programmed automatons. Which would be absolutely horrendous if you ask me. Here’s the thing, though: in Signs of the Sojourner, decisions aren’t made directly, so much as through the cards you play. That said, even after watching the trailer below several times, I am still not entirely certain how that mechanic is going to play out (get it?) during chats.

Were I to wager a guess, however, I’d say the shapes – triangle, circle, diamond, square – act as symbolic replacements for types of answers; much like how Fallout 4 handled its so-called dialogue trees. That’s what makes the most sense at least, at a glance. We’ll see what happens come launch. 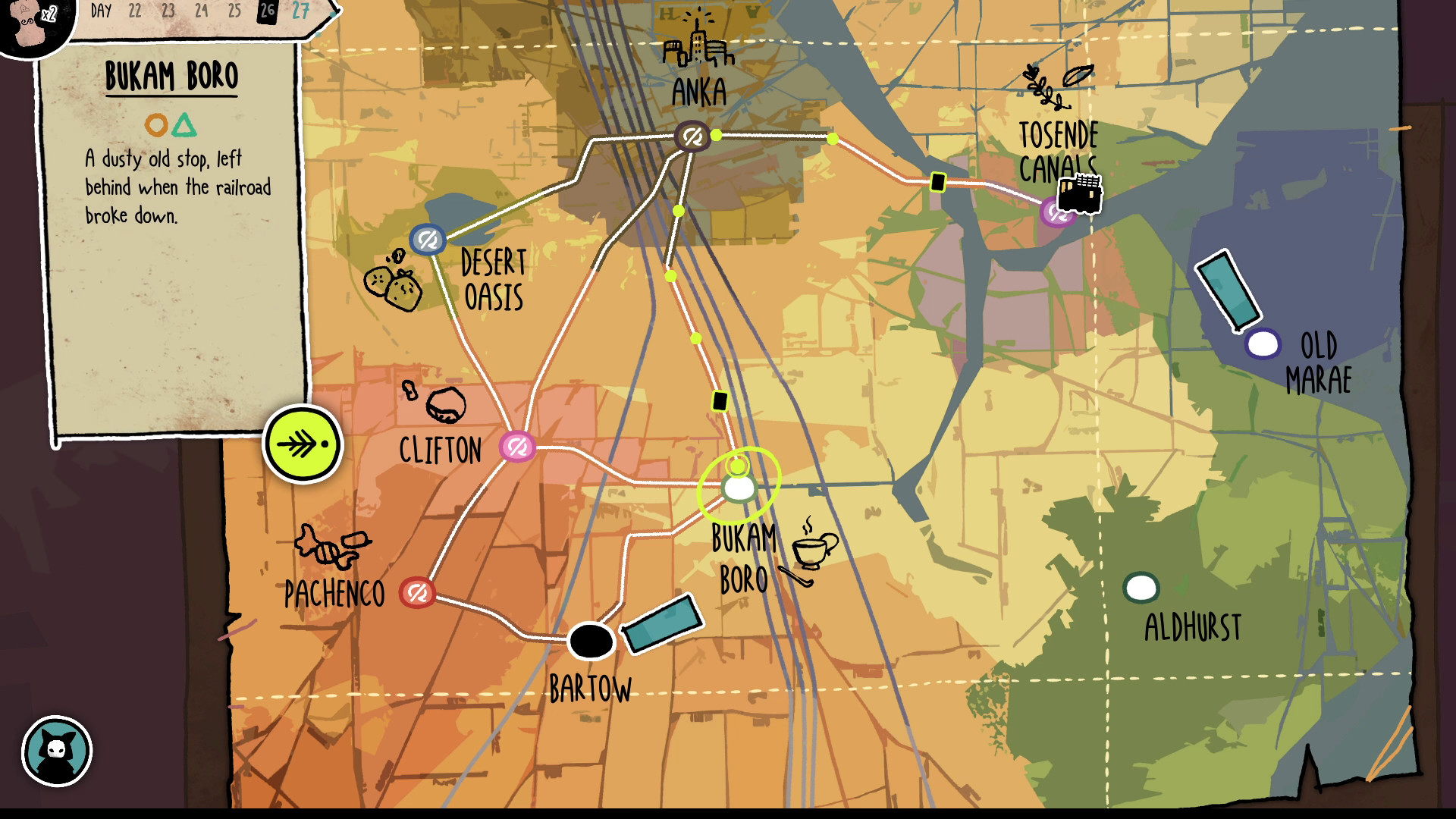 While I’d love to say the map screen, which is used for traveling between locales, is easier to decipher – not really. It does look really nice though, and in spite of finding myself rather confused as to what’s what, enough information is available to intrigue me. Fortunately, the wait before we get to experience “optimistic stories, compassionate characters, and delightful surprises in a world where travel is difficult and climate change has made life hard” isn’t overly long as its release is right around the corner. One thing is certain, at least: the choices each player makes will send them on a different path from everyone else as they make the best (or worst?) of the hand fate has dealt them.

Pray tell, dear reader: will you be the master of your own destiny in Signs of the Sojourner, or attempt a futile reshuffle of the deck for a do-over in life?