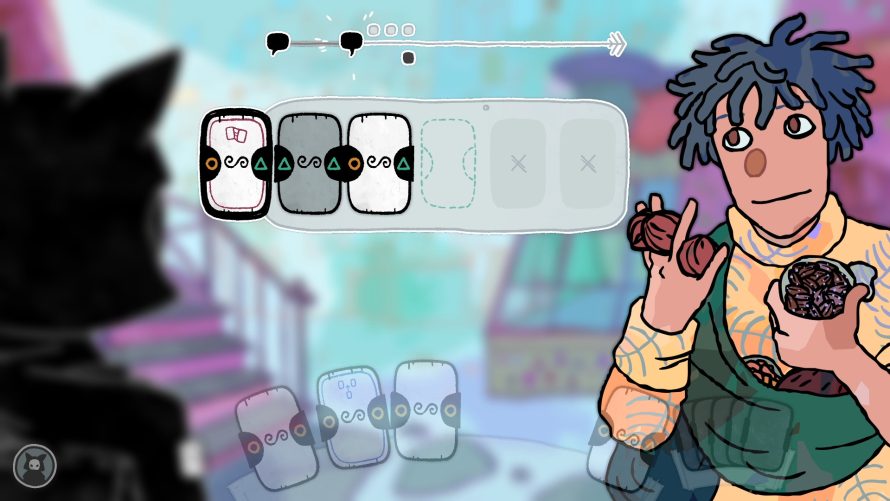 It’s been almost a full year since Signs of the Sojourner was released. A year in which a lot has happened, both in the real world and that in which the game takes place. Like, say, the addition of new potential encounters whenever you hit the road. New faces! People to talk to! Conversations to… if you’re anything like me, mess up horribly! Even so, more stuff is good stuff.

This lovely little update is not all the lovely people at Echodog Games have been working on either, as Signs of the Sojourner launched on PlayStation 4 today, hitting Switch tomorrow, and Xbox One come Friday, March 19. Which is really cool. Especially the Switch version, as this is without a doubt a game that can be enjoyed as much on the go as, well, docked. Oh, you need further convincing of its worth? I mean, I did review it, so be sure to check that for a more detailed look at the game itself.

Signs of the Sojourner is a narrative card game about relationships and connecting with people.

Now, as for the update… let’s see. We’ve got a mysterious stranger, a new caravaneer, a grumpy neighbor, and a community organizer. Okay. More or less clearly defined characters. But then there’s ‘someone fighting to save their town’. Huh. From that description, I’d say they saved the best for last, on top of being intentionally cryptic about exactly what his/her deal is. Alright. Time to prep for another (virtual) road trip and find out what’s what.

Signs of the Sojourner is available on Steam, GOG.com, Humble, and PlayStation 4, with a $19.99 price tag..