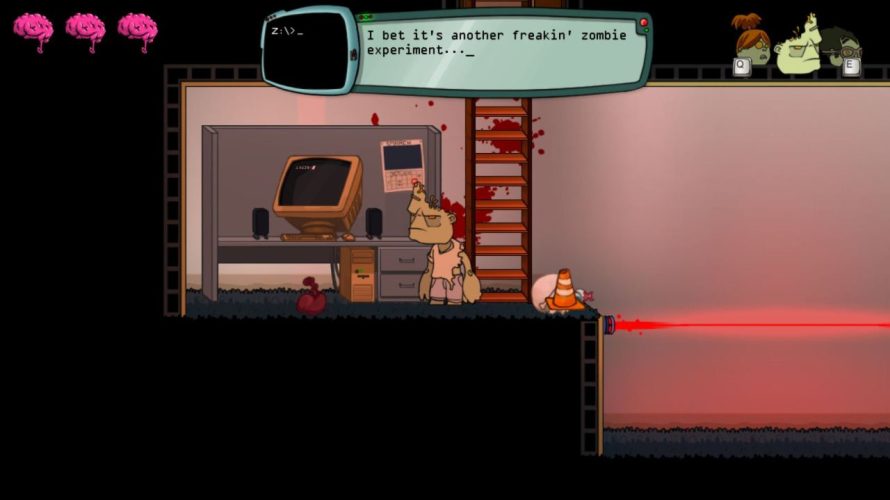 Three Dead Zed is a puzzle platformer where you control three zombies, each with its own unique ability. The Sprinter can move faster and jump farther than the other two, but can’t climb ladders, attack or operate switches, the Brute is slow but powerful, with the same limitations as the Sprinter, unlike the Classic.. I think you see where I’m going with this. Throw in a story that has you breaking out of a testing facility, morphing between zombies to solve puzzling puzzles or eliminate hostile hostiles, and you’ve got a very interesting platformer. Plus, you get to rescue cats with tinfoil hats.

They weren’t kidding either, when they named the 2.0 update ‘Enhanced Edition’: The first change those who have previously played it are going to notice is the resolution increase – now it runs in whatever your desktop is set to, meaning it’ll finally run in 16:9. This is a definite visual improvement, compared to the old low-res 4:3 resolution, even more so with the new lighting effects. On top of that, new stages have been added, along with voiced narration and some levels even contain brand new hazards (have fun getting past those), to accompany an improved story. Let’s face it – there’s no better time than the present to be a zombie and Three Dead Zed can be acquired from either Desura, GamersGate, Green Man Gaming or Indievania, for $4.99. (Psst.. don’t forget about their Greenlight page)

Facebook Twitter LinkedIn Pinterest Tumblr WhatsApp Telegram E-mail
Previous article Like a Rockin' Blast From the Past: 'Giana Sisters: Twisted Dreams' Is Out
Next article Help Dawn Get Back Home In the New iOS Adventure 'Shardlands'