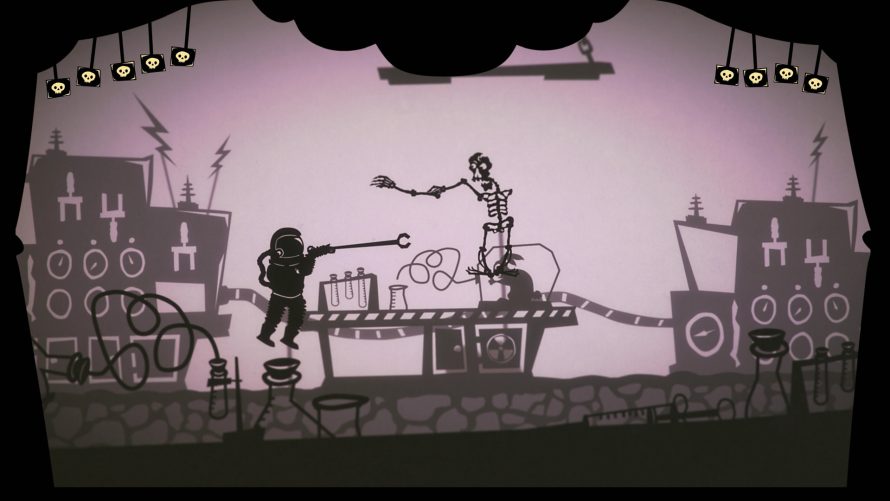 If there’s a genre that definitely doesn’t see enough love in video game form, it’s fencing. No, really. Hear me out. Please! Still here? Alright. So here’s the thing: as far back as I can remember, there’s really only been a single video game focused entirely on fencing that made a splash: Nidhogg. But now we have Shadow Fencer Theatre too, which… is a unique beast for sure, favoring wonky physics and shadowplay over realistic sportsmanship. So groovy.

At least that’s what I want to say, but we both know that ‘wonky physics’ can easily be the downfall of an otherwise perfectly crafted experience. Seeing how I have yet to play Shadow Fencer Threatre, however, I am in no position to pass any kind of verdict on that aspect. But I choose to remain hopeful, based on its lovely trailer and feature set, as depicted by its creator. Then again… chances are its unpredictable gameplay is actually part of what’ll hopefully make it an absolute blast? Who knows. At least you can throw your sword at your opponent in a last-effort desperate attempt to secure victory. Or, you know, as a unique way of saying “I give up”.

Whether you are a one-puppet show or sharing the stage, above all else, show the world you are the best performer on the shadowy screen.

Speaking of, while you can have a go at friend and foe alike in multiplayer, there is actually a story here as well, in which you get to… “Find out what it takes to keep a last-of-it’s-kind shadow puppet theatre in business”. Yeah. Basically, go big or go home, in a world that’s long-since forgotten how awesome shadow puppet theatrics can be. Sad times, to say the least. Unless you change all that of course, either as a robot, giraffe (wait, what?), pirate, or another of the sixteen playable characters.

Just make sure you also delve into local skirmishes at least once though, as here you get to select the cast, stage, and “direction of the shadowy fight”(?!), gameplay variations, limits, and more fun tweaks. Ah, the ability to customize an arena prior to entering. If only sword fights had that in real life, eh? Oh, I know – it would not make a whole lot of sense, but a man can dream, darn it! A man can certainly dream.

Shadow Fencer Theatre is available on Steam and Xbox One, carrying a $14.99 price tag.