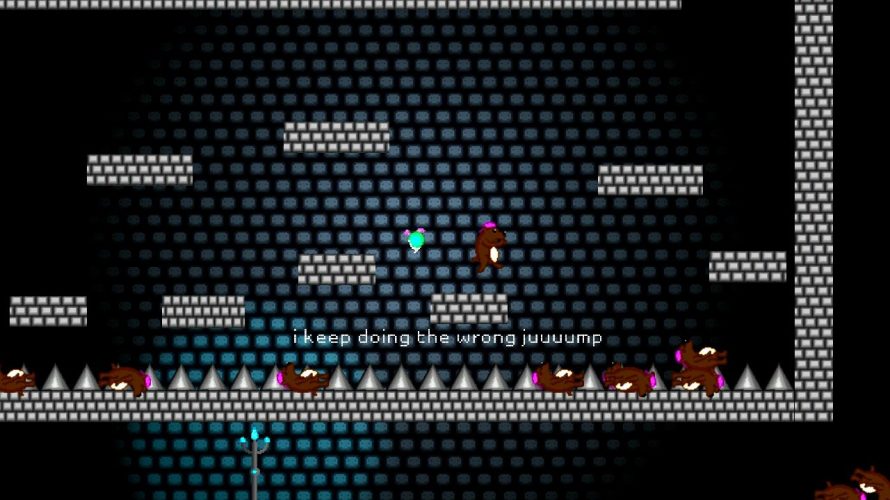 I’ve played my share of co-operative games, but those did all put me in the same session as my team. Not so with this one. Here, you’re always alone, except you aren’t. See, once a player dies in Rude Bear Resurrection, which is a frequent occurrence, their corpse stays at that exact location… for other players to use as a stepping stone! Disturbing, yet so awesome.

These days, ‘ascend the tower to defeat some evil or other’ seems a rather popular setting for brutally difficult platformers. While Rude Bear’s latest outing does follow that trend, being able to walk on corpses of players who have failed, is certainly a unique twist. And not just that, but you can also use your fairy companion to burn (or shrink, rather) the bodies. Useful to get rid of a corpse pile blocking a path or some such.

Suffice to say, most will not get far until spikes brutally impale them or lasers create some fine bear BBQ, ending their attempt. But were you to take that exact route again, your body just might make for an easier trip – provided you died in a convenient spot. During my time many attempts, I noticed more than a few different paths were available, although whether they all lead to the top – and that evil wizard – remains to be seen. 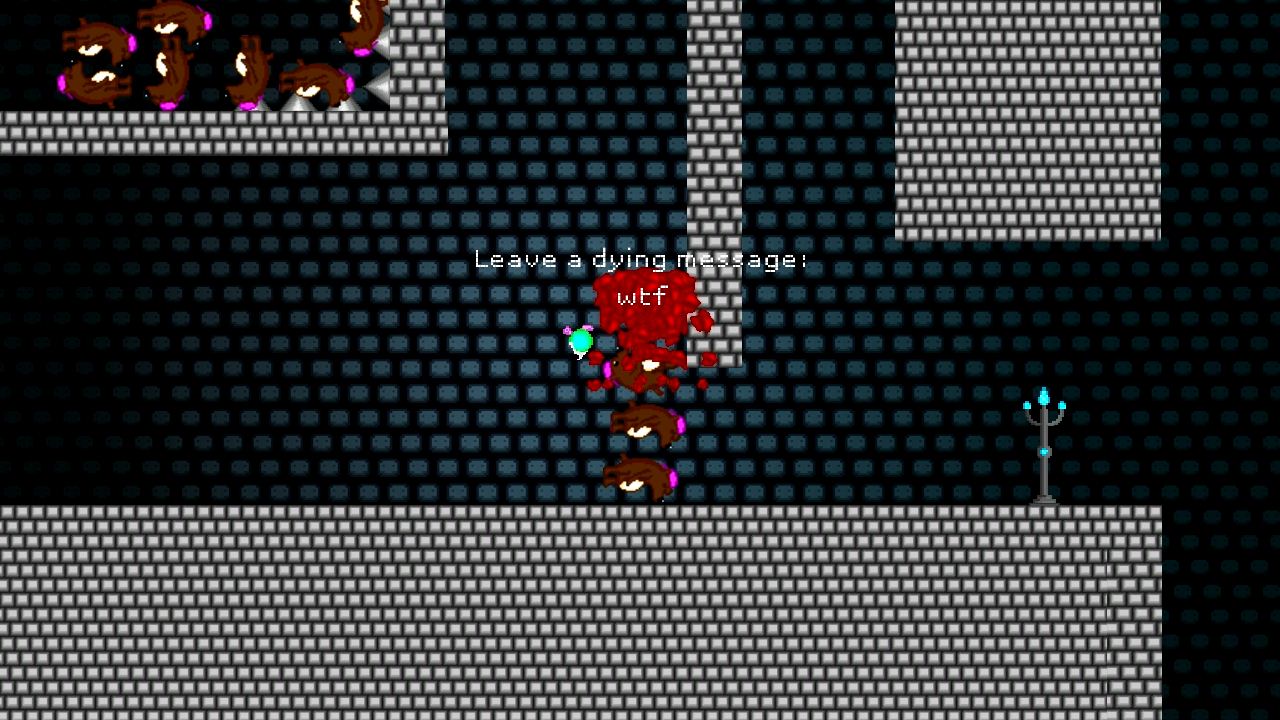 According to a disclaimer on Rude Bear Resurrection‘s Ludum Dare 28 page, the game can only be completed once. According to some of the comments, that’s not entirely true. And speaking of which, you can actually leave in-game ‘comments’, by way of a  dying message on your corpse. Chances are you’ll be annoyed and write a rage-fueled note, but there are those who have left helpful tips for what lies ahead, why they died there, etc. – up to you though.

You’ll be pushed to your limits. Meat Boy style. Except without super tight physics. So, doom essentially. As in, you are doomed. Not Doom.

So are you ready to brave the tower, maybe actually reach (and defeat) the wizard? Then, by all means, grab Rude Bear Resurrection and get to playing! I’m sure we could all use some more… stepping stones.