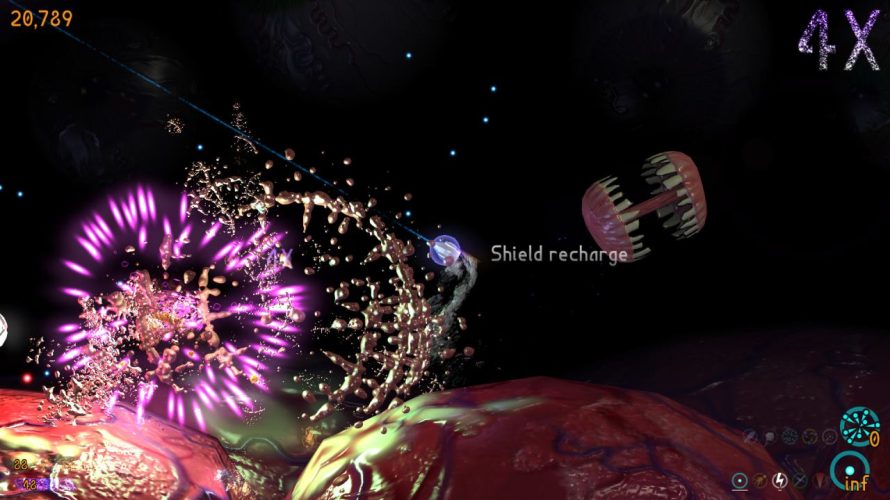 Where most genre entries either constantly scroll the screen horizontally or vertically, Retrobooster handles a bit differently, instead of taking a cue from the arcade classic Lunar Lander. That’s right: thrust controls, although without the silly single-screen restriction. See, provided you can survive long enough, there’s plenty to see and do. Stuff needs to be blown up, there are puzzles to solve, survivors begging to be rescued… and so on. Just be careful not to crash as you can only take so much damage, and needless to say, blowing up is a major progress hindrance.

Remember when most video games didn’t give you infinite lives/continues? Because if not, this one’s bound to be a nasty wake-up call, as after dying three times, that’s it – game over. Back to the menu, no continues, no checkpoints and certainly no Vita-Chambers or such silly nonsense. Just you, your ship, an array of weapons (most of which pack a limited supply of ammo) against some rather hazardous levels, packed with all kinds of nasties.

That said, hostile creatures are often the least of your concerns, as navigating tight corridors without constantly bumping into stuff can be challenging enough on its own (remember, thrust controls). Especially when you’ll also have to hitch a ride in the ‘gaps’ of a cogwheel, as this is by no means an easy feat – either you keep up with its momentum or… well, you get smashed. In such scenarios, activating that fancy shield might not be a terrible idea, just remember that like the health of your ship, it too will run out at some point, leaving you to fend for yourself.

Fortunately, various items, which range from ship repairs to additional weapon types and other fun stuff, is often left behind by vanquished foes. These may not provide a huge boost or tip the odds greatly in your favor, but when your health is about to run out and the shields are all but drained, believe me, every bit counts. At least you won’t have to worry about your fuel supply, unlike in other games with a similar control scheme, so there’s that. 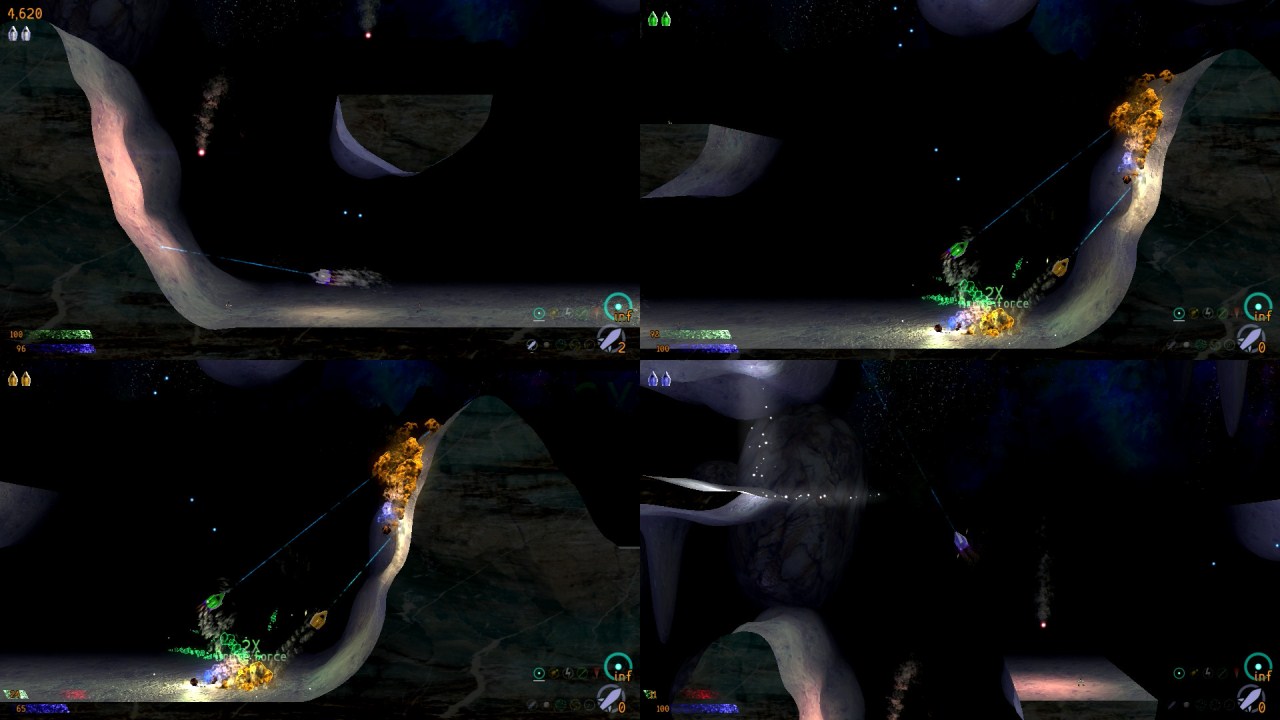 You won’t have to go at it alone either, as the game supports multiplayer for up to four people, both cooperatively and in a chaotic competition (read: deathmatch). Shame it’s local only, but that’s just the way it is sometimes – can’t have everything, and split-screen is certainly better than nothing, ya know?

Retrobooster is available from the official website (via. the Humble Widget) with no DRM, for Windows and Linux, priced at $18. Want to see it on Steam? Help get it greenlit then!