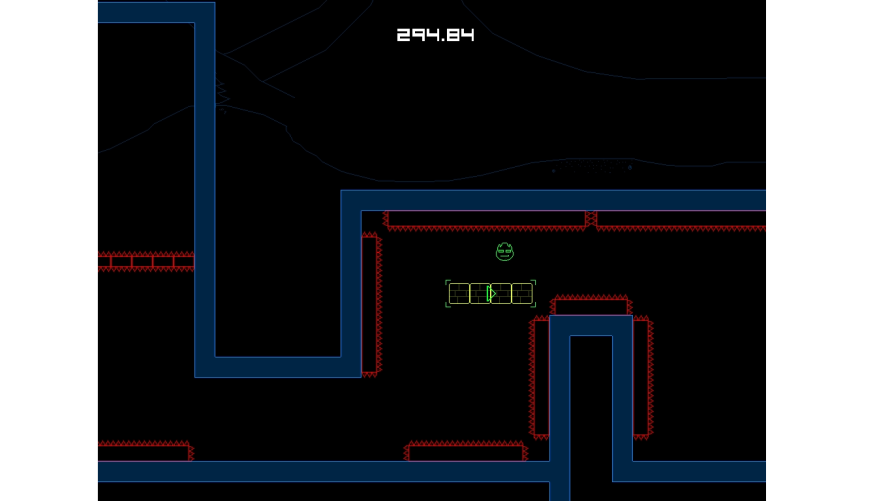 Auto-runners (not to be confused with endless runners) can be fun, although given the amount available nowadays, tell them apart is a tricky affair. Not so with Reckpunk, as it manages to stand on its own just fine, featuring fancy ZX Spectrum-ish visuals and a clever physics-based environmental manipulation mechanic. Oh, and it’s pretty challenging too.

So much in fact, that I had to call it quits after only finishing 23 of the 40 levels on offer. A darn shame, because a glance through the main menu revealed two additional modes: ‘challenge’ and ‘no death’, the latter of which likely involves starting over from scratch, should you die once. Suffice to say, I would not have made it far.

What I did get to experience was fun though, and quite original to boot. After all, when was the last time you got to play as the level, rather than the protagonist, in a 2D platformer? Or maybe it’s more appropriate to use the plural, seeing how the game adds a second unplayable character around the halfway point! Hm? “Spoiler alert”? Hardly. But let’s take it from the top.

To survive in Reckpunk, one must keep certain things in mind at all times: anything orange can be destroyed with a single click, yellow platforms can be moved (but not through yellow ‘force fields’), red means ‘don’t touch’, monitors act as checkpoints, green blinking triangles mark the exit, and once you’re ‘connected’, both characters need to make it through. Difficult? You bet, but not quite unfairly so. 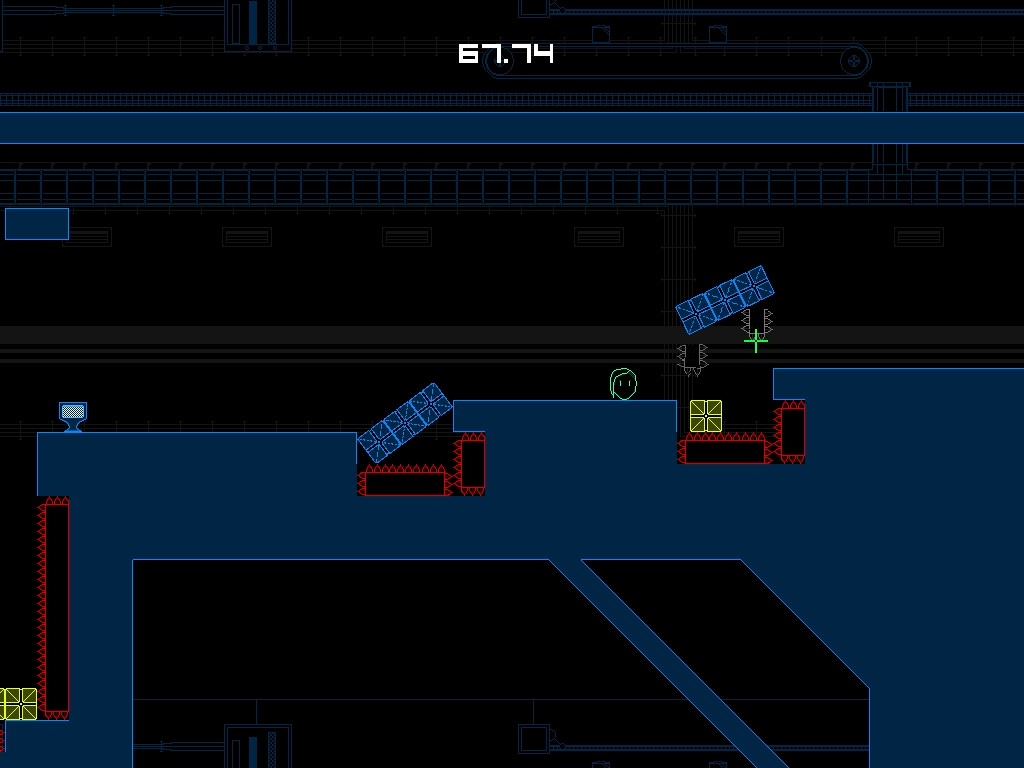 See, while the game did annoy me during times of repeated deaths in the same section, I never saw to blame it for my failures. The path ahead was made instantly clear after all, meaning the problem lied in execution, rather than design. Whether I was multi-tasking, removing a block while balancing on a yellow platform, or dealing with gravity inversion (VVVVVV style), I always knew what to do. Had that not been the case, I doubt the overall experience would have been so positive… in spite of giving up long before the credits rolled.

That said, there were times when I felt having but a split-second more to react would have made a noticeable difference, as certain areas – however few – devolved into a case of trial and error. It’s like that old saying, “knowing is half the battle”, but all the knowledge in the world won’t do ya any good if you can’t put it to proper use.

I did notice one thing early on though, which proved to be a huge help: yellow platforms can be used to stop the protagonist(s) – Vlad and Cibo – in their tracks! It could also lead to getting he/she/them stuck, or to an early death, should you accidentally push them over the edge and onto a set of spikes. But when trying to do two things at once, with mere seconds to pull it off, any advantage is a good one. 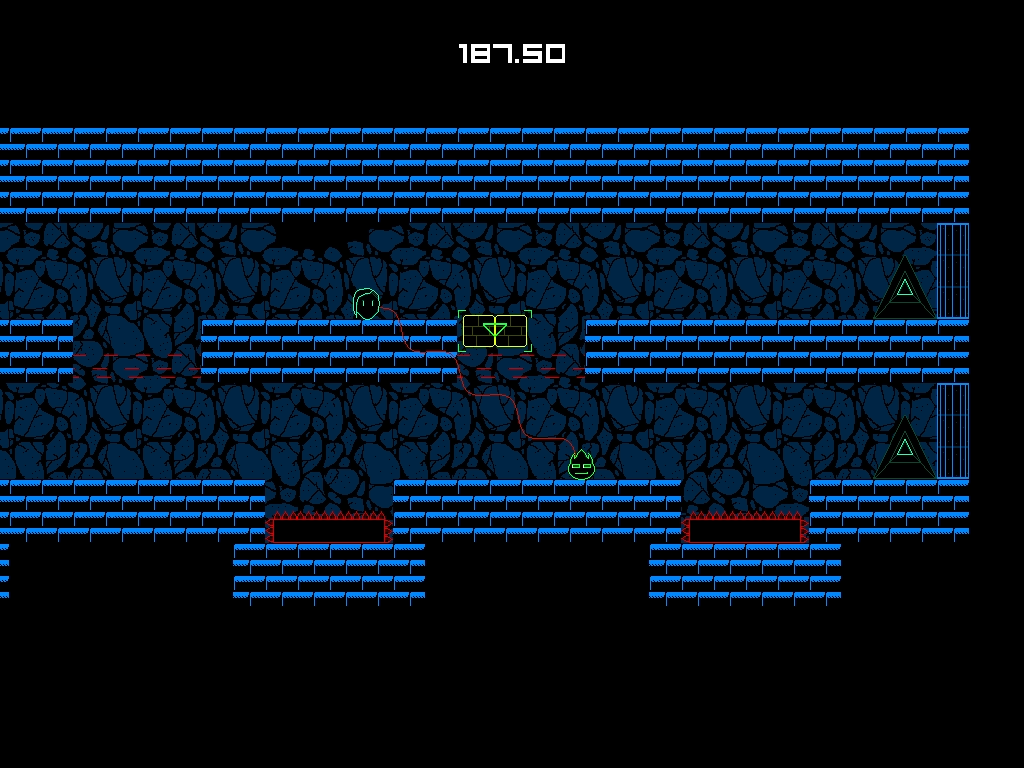 Meanwhile, the visual aspect can be described with but one word: clean. By channeling his inner ZX Spectrum, the creator of Reckpunk has bathed the game in a lovely limited-color low-res style, making obstacles and platforms alike, easy to spot. The screen is never overly busy either, as most of the action takes place near the character(s), making it easy to keep track of the obstacle course ahead, without worrying about stuff obscuring your vision. Oh and that music! Ominous and chippy, yet at the same time quite catchy, those tunes.

All in all, Reckpunk is definitely a game I’d recommend, although perhaps more so for those who enjoy a challenge than casual platforming fans, given its high level of difficulty. But alas, that’s just the way it is sometimes, and the popularity of Super Meat Boy, VVVVVV and IWBTG has certainly proven that there’s a market for difficult platformers. Note: a demo is available for those not entirely convinced, so what are you waiting for?

Reckpunk is available for Windows, Mac, Linux from itch.io and Desura, where it carries a $3.42 price tag. Its soundtrack can be acquired from Bandcamp, for $2. Also, what say we get it through Greenlight, eh?