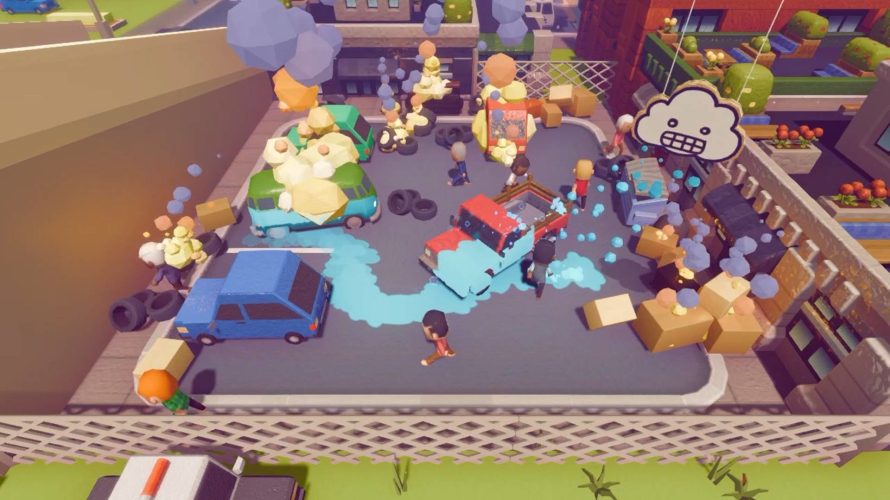 Who doesn’t enjoy playing the part of a mischief-maker in video games? I certainly do, and if Donut County and Untitled Goose Game have taught me anything, it’s that… wreaking havoc is FUN! Again, in video games. I can not stress this enough. Anyway, Rain on Your Parade is rather similar to those, having you play the part of a mischievous cloud and ruin everyone’s day by manipulating the very elements.

Make it rain! Conjure up a thunderstorm! Smite unsuspecting people with lightning! Bring about terrible destruction with powerful tornadoes! Not enough? Oh don’t worry, there are other abilities too, ones that will prove quite useful in your quest to truly make everyone miserable while you… travel the world in search of more places to absolutely demolish. It never ends! Until it does.

I mean, at some point, you’re bound to have completed its 40+ levels, although by then maybe stop and think about all the (virtual) lives you have ruined over the course of Rain on Your Parade, a big vicious grin plastered on your face. Alternatively, you could reflect on your actions, if you truly must. Wouldn’t recommend it though.

Turn the perfectly dry and sunny wedding day into a wet one, unleash thunder and lightning upon the cities, bring pandemonium to supermarket shoppers, destroy farmer’s crops, sneak around military bases and rain down meteors on dinosaurs!

Once everything’s said and done, I suspect entire towns, weddings, farms, army bases, and other important locales have been forever changed by all the “comical methods of causing bedlam” you’ve unlocked and used to absolutely maximize mayhem levels. All in the name of fun. No reason to feel about any of it, whatsoever. You’re a cloud. A cloud capable of… wait, dinosaurs? Okay. Enough of writing this article – it’s time to Rain on Your Parade!

Rain on Your Parade is available on Steam, Xbox One (and Series X), and Switch, carrying a $14.99 price tag.