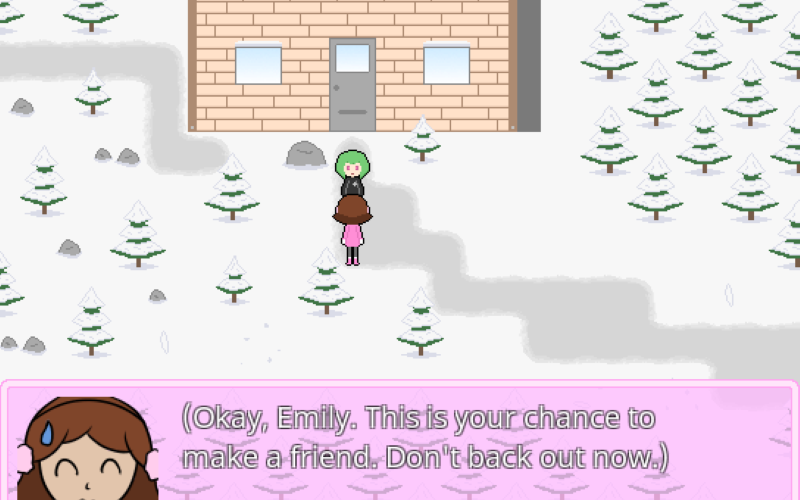 We’re nearing the end of April, and you know what that means: May! May is next. Oh, wait. May is not that important. June! June is the big one: Pride Month! It’ll be a digital thing in 2021 because of the state of the world, no way to avoid that… but that definitely won’t stop people from celebrating it. Like, say, Queer Games Bundle 2021, and hey – they’re still accepting submissions!

For those unfamiliar with The Queer Games Bundle, it’s essentially a collaborative initiative created to support as many indie/micro/art devs and makers as possible, putting the focus on those behind a  project, rather than the project itself. In other words, submissions are not required to include queer content, as this bundle is about devs and makers who identify as queer, more so than their actual creations. A nice change from how most bundles of a similar nature do things, as these do have a certain tendency to limit participants to a single aspect of the spectrum and focus exclusively on game content instead of those that actually, you know, made them.

The Queer Games Bundle is pro-community, anti-competition, and strives to work outside the restrictive bounds of the “games industry” and AAA.

That said, time for the nitty-gritty: The Queer Games Bundle is scheduled to run the month of June on itch.io, with two price tiers – $10 and $60 – and all funds “evenly distributed between contributors”. Oh right, the submission deadline is May 3, so better hurry if you believe this might be of interest, or perhaps even value, to you. Also, do help in getting the word out. Pretty please?

(Note: screenshot is from Winter Magic.)

Facebook Twitter LinkedIn Pinterest Tumblr WhatsApp Telegram E-mail
Previous article Cloudy With a Chance of Mischief: It's Time to 'Rain on Your Parade'
Next article Rob the Rich, Give to the Poor: First 'Steam Highwayman' Gamebook Goes Mobile This Summer