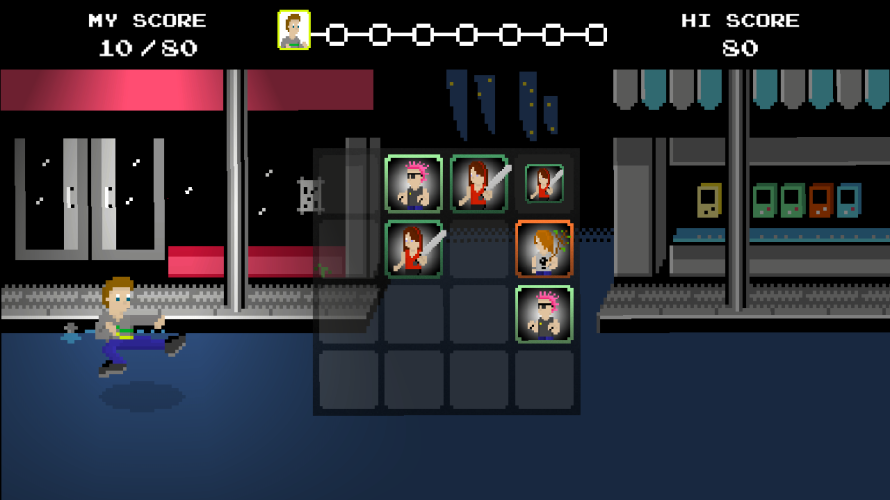 Last time I played a game with ‘of Rage’ in the title, I got to beat the living daylights out of any manner of street punks, even bring along a friend for more awesomeness. Coincidentally, that game appears to be a sizeable part of the inspiration for Radical Moves – Tiles of Rage. That and of course, 2048 and/or Threes. At least this particular tile merger adds something new to the formula, though.

What I mean by that last bit, for anyone wondering, is that… there’s an absolutely obscene amount of games like 2048/Threes available at this point, and you better believe that very few even come close to bringing anything original with them. So while Radical Moves – Tiles of Rage might not be the most original game ever created, at least it has more than, well, tile merging: story challenges, boss fights, lovely pixellated visuals, and I believe I even caught a glimpse of an endless mode in the trailer. Might just be a boss trying to crack wise, though.

For those unfamiliar with the concept, the whole thing plays like a puzzle. Smash two of the same tile together and they’ll create something different, stronger, and more troublesome – since you won’t have anything to match it with until you shuffle the board around and match two of the same baddie again, to then match the new one with… well, you get the idea. Clear the lot and victory is yours. Until seconds later when you’re faced with a new 4x4 board full of ugly punks, skeletons, and other nasties. Oh, and be sure to take the soundtrack (Amazon, Apple Music, Spotify) for a spin. Trust me.

Radical Moves – Tiles of Rage is available on itch.io, carrying a $2.99 price tag.