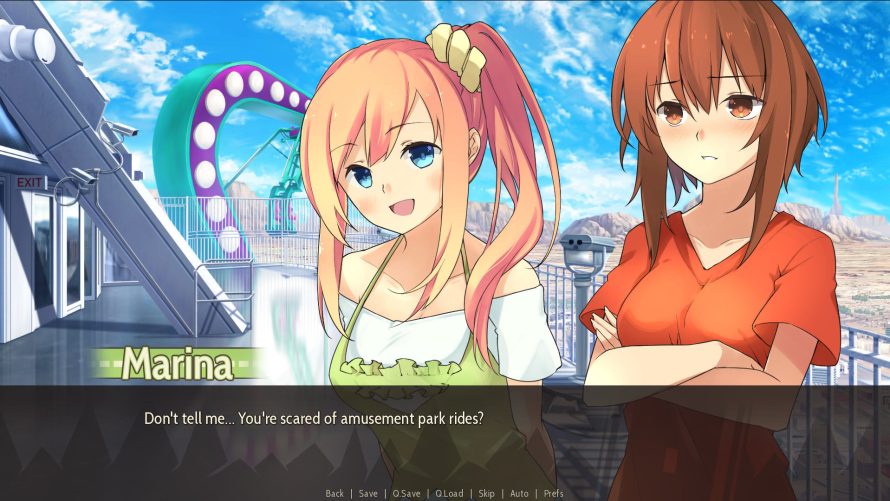 It’s been a couple of months since Amber and Marina wrapped up their treasure hunting adventures in Highway Blossoms. So… what have they been up to since? Eh, doesn’t matter. Not compared to what its creator has been busy with at least: Next Exit, DLC with a brand new story starring everyone’s favorite road trip girls, is right around the corner!

While their plan is to simply revisit Las Vegas for an alien-themed convention and celebrate a certain someone’s birthday, something is bound to go wrong in Highway Blossoms: Next Exit. Even the simplest plans have a tendency to change, for better or worse, and I suspect it’ll be both in this case as mention is made of “tension, humor, crying, etc.” Aw, man! Fingers crossed that ‘what doesn’t kill you makes you stronger’ actually holds true, then.

On top of the brand new story, which I’m sure is why most of us are going to pick up Highway Blossoms: Next Exit, a brand new feature also made the cut: multiple viewpoints! That’s right, certain parts can be read from either Amber or Marina’s point of view, which is an interesting addition, to say the least. Oh, and speaking of additions: how about new CG’s, character expressions/outfits, music, and cut-ins? Awesome stuff. Last but not least, the entire original voice cast is back.

Highway Blossoms: Next Exit will be on Steam and itch.io from September 25, 2020.