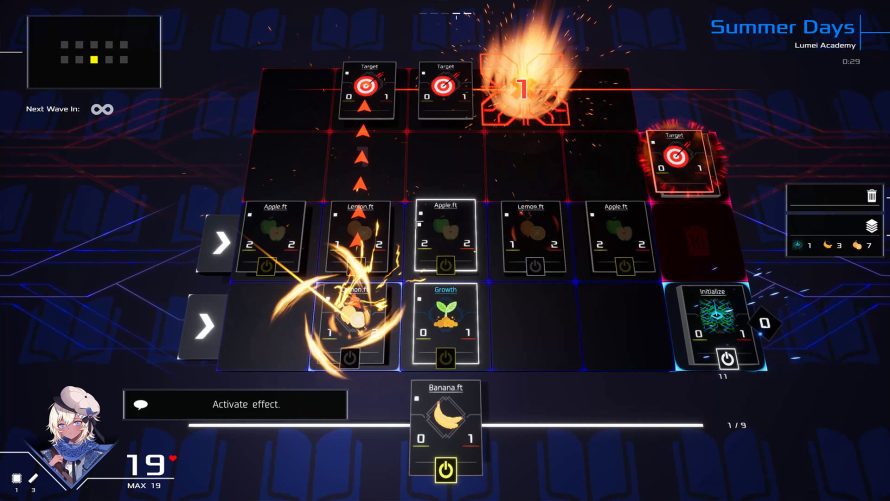 A destructive virus has been unleashed upon the world, and I guess this kinda goes without saying, but… someone has to stop it! That someone? You, armed with a deck of cards that doubles as a rather potent set of hacking tools. Welcome to Quantum Protocol.

That last bit wasn’t metaphorical either: your cards are actually used for the nitty-gritty as you attempt to claim victory across a multitude of scenarios, some brief while others will put your endurance to the test. Now, while you do have the ability to reconfigure your deck at any given time, your enemies are capable of such shenanigans as well, adding a slice of think-on-your-feet to every encounter. Cards that proved useful a minute or two ago may suddenly seem less favorable compared to ones stashed away outside your current deck, after all, and it’s up to you to mix things up accordingly.

Even as an unstoppable computer virus threatens to destroy the modern world, sometimes the most important problems are the ones hidden inside each of us.

Ain’t all about duking it out with cards either, as – based on the trailer below – every last bit of story is told akin to that of a visual novel, complete with cheerful anime girls. You know, the story about that virus you’re working to stop. I’d wager there’ll be plenty of witty banter too as the game progresses, for even though the overall theme is undeniably overflowing with seriousness… there’s always time for some witty banter in a visual novel.

Quantum Protocol is available on Steam, carrying a $12.99 price tag.