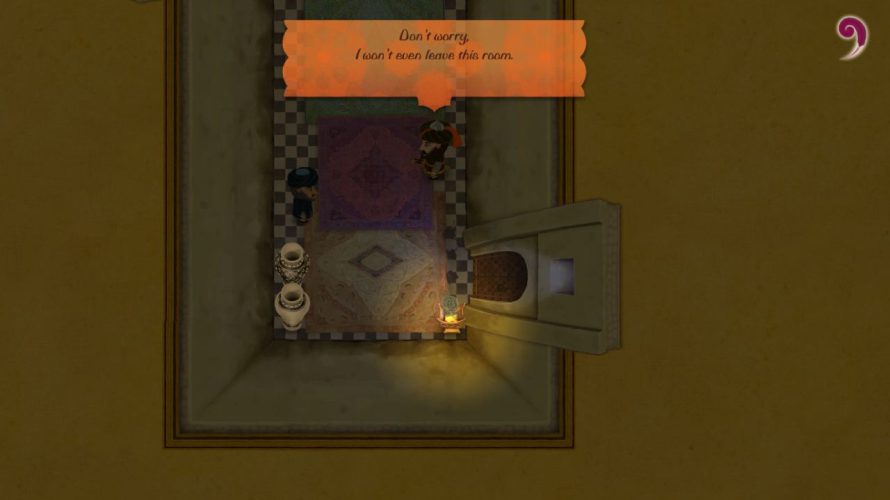 After 16 months in development, including an alphafunding period, Aduge decided to wrap things up and release Qasir Al-Wasat: A Night in-Between, but… what’s it all about?

Inspired by Persian and Arabic folklore with a twist of One Thousand and One Nights, Qasir Al-Wasat tells the tale of a nameless creature from a world separate from ours, summoned to a palace in 12 century Syria by a sorcerer and tasked with a simple mission: Assassinate 3 targets. While this may seem like a simple task at first, there is definitely more to this than meets the eye..

In most cases, a stealthy approach would be greatly aided by making use of the shadows in your surroundings, but here you have been granted invisibility while in our world, which is extremely helpful as a single hit is fatal, so be sure to strike with swiftness and precision!

It’s available on Desura for $9.99, where a demo can also be found. Alternatively, it’s also available straight from the developer and on Indievania. Qasir Al-Wasat is also on Steam Greenlight, so be sure to check that out as well.