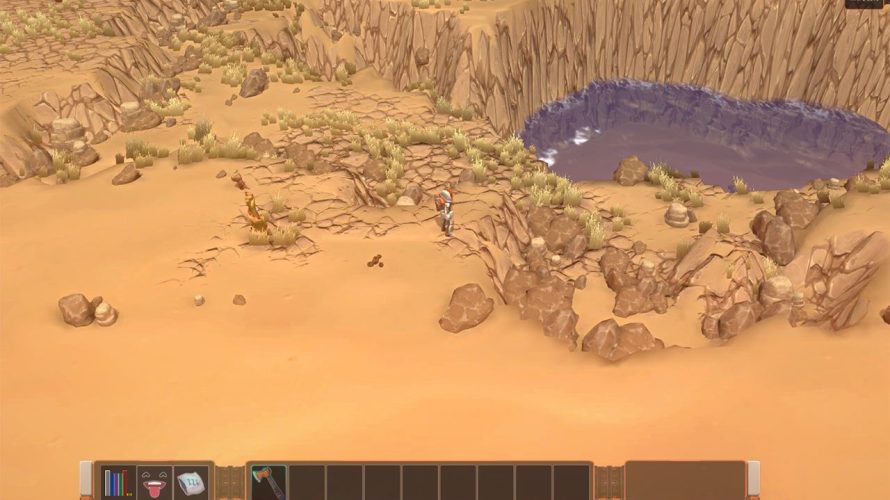 No superpowers, a broken heart, stranded on what appears to be an alien planet. Boy, are we ever off to a great start in this game! Isn’t that how most survival-based roguelikes start though? Well, except for the broken heart bit. Maybe. Or you could opt for the more linear story, in which you’ll be playing a “working class hero or heroine”. Anyway, while games like this aren’t exactly uncommon anymore, Proven Lands does sound like one to keep an eye on, and for more than a few reasons.

I’m sure most, like me, will be interested in experiencing a world put together by an omnipotent being, instead of the heavily scripted mode. Sure, the adventure will still be randomly generated, but the AI is there to help make sure everything fits together… somehow; that nothing is there just for the purpose of existing. As the developer describes it, the AI will be “like a pen & paper game master”. Quite an ambitious feature, but imagine the possibilities! Good stuff.

With finite resources, wild animals to fend off, (un)natural disasters and many troubles to deal with, it’s a good thing you have the option of creating an outpost for potential shelter. Maybe it’ll keep you safe, maybe it won’t. Certainly beats sleeping in the wilderness though, as day/night transitions are a thing and who knows what might go bump in the night? Better sleep with a gun – or whatever weapon you’ve managed to craft – under your pillow.

There’s also plenty of research to be done, some of which might involve visiting different planets. You’ll have to build the necessary equipment before being able to even attempt the trip though, which means leaving the safety of your sanctuary for a while in search of materials. Alternatively, you could try trading with a nearby tribe – provided you have something they want, that is. If ya don’t, well, time for some legwork! 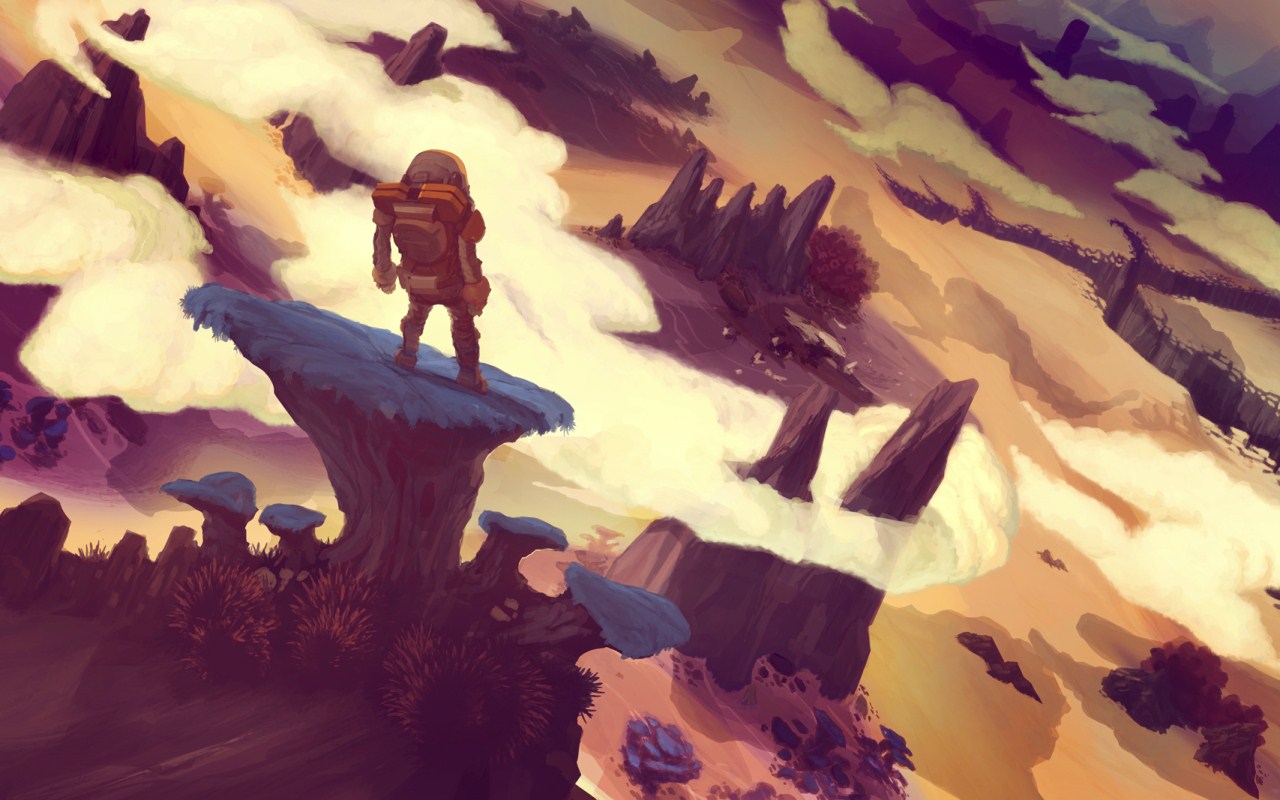 Sounds like fun, right? Unfortunately, Proven Lands won’t be out until early/mid-2015 (I know, meh!), but hey – a tech demo is available. So, the reason for kickstarting? Development funding! Making a game of this scope isn’t exactly cheap after all, and no matter how skilled the team, you can’t just crunch it over the course of a week or two. They’ve set the goal to £299,000 (~$497.147) which may sound like a lot, but some quick math (from the Kickstarter page) says it really isn’t. In terms of covering costs at least – might be a lot to shoot for in terms of getting funded, though.

If you feel like pledging to their cause, I’d say go for the £9 at minimum, which’ll net you a digital copy at launch. Beta access is a bit steeper at £20, while those willing to spend even more could hit the higher tiers and help design in-game content, ranging from NPCs to an alien race! Sky’s the limit if your wallet’s deep enough. You’ve got until 6:59 pm CET on April 12 to help, either by spending money or spreading the word about the Proven Lands Kickstarter (and don’t forget about its Greenlight page).