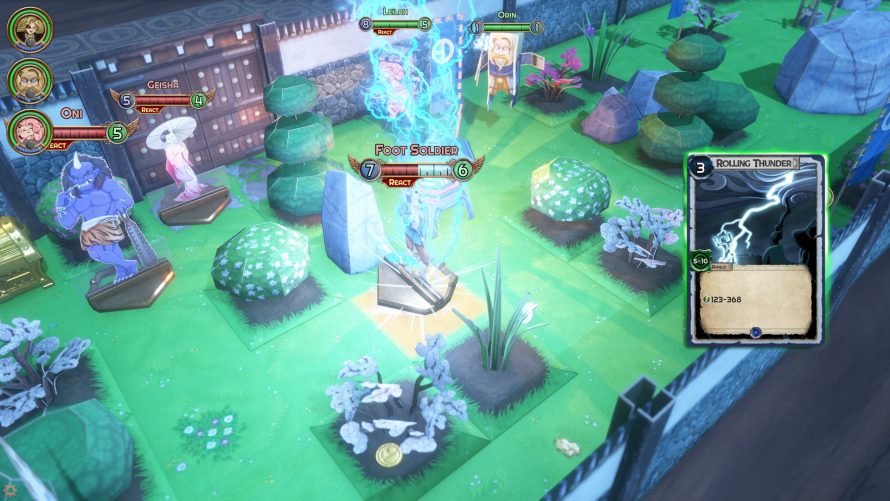 While paper crafting can be a lot of fun, it can, unfortunately, also be a rather time-consuming affair. On top of requiring an at least somewhat creative mind and, you know, materials. But what if instead of getting super creative with physical paper… you got to make weapons, armor, characters – paper crafts to help ensure your survival as you trek through the hazardous cardboard rooms that make up Popup Dungeon, ultimately ending The Wizard’s reign of terror once and for all?

Alternatively, you could opt to don the big pointy hat and take control of the dungeon in Popup Dungeon‘s Dungeon Master Mode. A nice change of pace from the silly hero role players are always forced into these days. That is if you’re willing to accept the fact that humanity will be doomed, seeing how that is after all The Wizard’s end goal, and when you’re in his shoes… well, I’m sure you can guess where I’m going with this. Then again, as the big baddie himself puts it in the letter that started all this, “it’s just a game”. A game of nearly limitless possibilities for getting those creative juices flowing. I’m sure some of what a lot of players end up making will be more entertaining than downright useful, but hey – as long as they’re having fun, ya know?

I mean, just look at the examples from the developer: “toss a sphere of annihilation at a politician, or turn your cat into a heavy-ordinance hairball launcher”. Yeah. Realism? Meh. That’s for other roguelikes. In this one, a proper blend of creativity and fun takes precedence over silly concepts like realism and, to some extent, physics. We are after all dealing with a world made up entirely of paper here. A genuinely lovely looking world, but at the end of the day, paper doesn’t move or cast spells as a pink ogre with a top hat and wings. Wait, is that even possible to create in Popout Dungeon? Ah, I’m sure it is. But even if that turns out not to be the case, there’s still plenty of fun to be had.

Tie a few nodes together to create your own games; from classic RPG adventures to personality quizzes and interactive fiction, you can do it all — no programming knowledge necessary!

Whether the game you create – using what sounds like quite a feature-rich toolset! – takes place on a space ship, in a haunted house, inside ancient ruins, deep in a murky swamp, or somewhere else entirely, the sky really is the limit here, and with up to five (six, if someone is willing to take up The Wizard mantle) characters moving about at any given time. Of course, one could always fire up the game and hit the pre-made content instead of spending a lot of time getting super creative. Messing around with what other people have made after a quick trip to Steam Workshop is also a thing. Just remember: if you build it, they will come.

Popup Dungeon will be on Steam and Humble Store, come August 12.