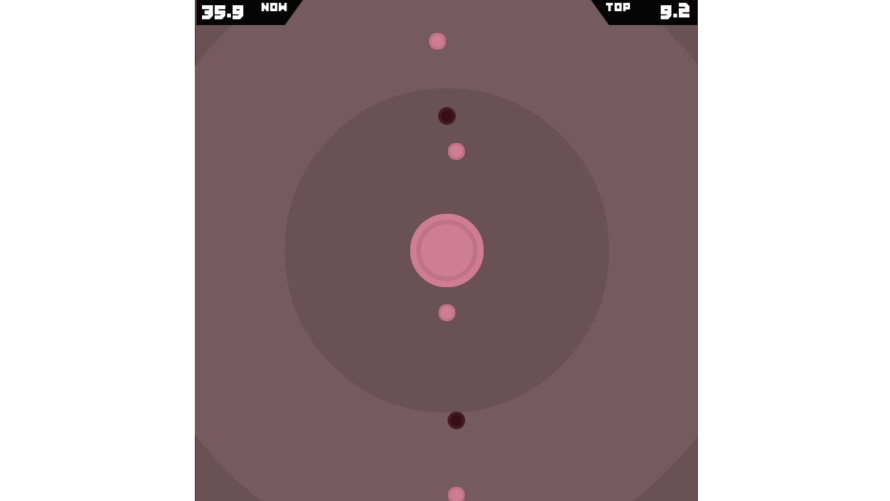 Hope your reaction skills are up to snuff because, in Polaritron, you either match the color of incoming bullets or… lose. Not like there’s any way to win though, given its arcade-y design, but without passing the score threshold, you won’t be able to unlock more modes. So do your country proud and flip that core (circle), soldier!

According to its creator, the game plays like “the love child of Super Hexagon & Ikaruga, with a touch of Bit.Trip Runner”. Not really seeing the latter, but Super Hexagon and Ikaruga? Definitely. Every bit as difficult too, as the pace of incoming projectiles increases rapidly, to the point where only the most skilled will be able to survive. Oh and that’s just with a single core to manage. Later modes have you flipping as many as three, and all it takes to lose is one hit. Just one. Yup.

Now, seeing how Polaritron handles by way of simple clicking/pressing/tapping, it’s a classic case of ‘easy to learn, hard to master’. A game anyone can play, but only those with amazing reflexes will be able to unlock everything. Probably a good thing too, seeing how challenging it is to deal with a trio of cores at once. Heck, had the developer not provided a way for me to unlock the lot from the get-go, I’d likely still be playing one of the early modes. See, in order to progress, a certain score in each consecutive mode is required, which is a pretty neat idea in that it gives players an additional goal/motivation of sorts. Remember, practice makes perfect. 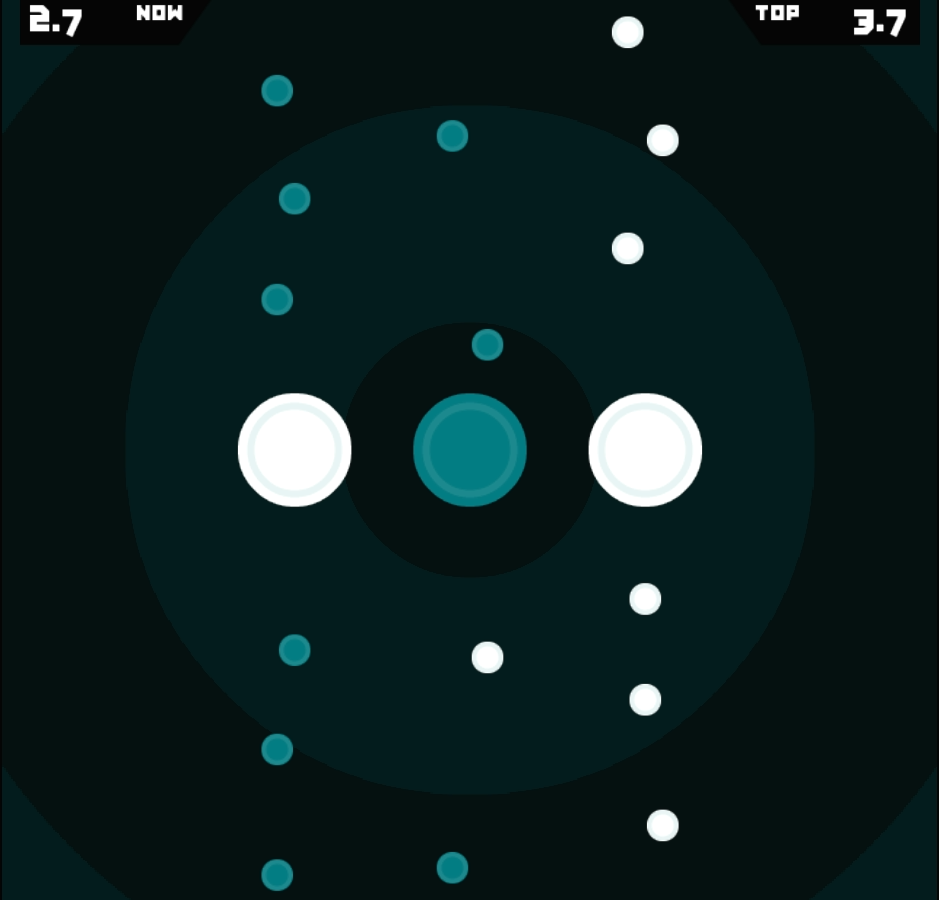 Procedurally generated music determines what the game throws at ya, meaning the pace can pick up at a moments notice and bullets don’t always follow a set pattern, which did kinda throw me off every so often. Still not entirely sure if that’s a good or a bad thing, but it did add to the overall challenge if nothing else.

As far as customizing the experience goes, you’ll be able to apply a slew of different color schemes and a variety of audio ‘themes’ (pop, techno, 8-bit, iron (heavy metal?) and zen), which can be quite useful given the otherwise rather basic on-screen action. In spite of that last bit though, all in all, I’d still say Polaritron is enjoyable enough to be an easy recommendation. Perhaps more so for the score-crazed, challenge seeking crowd, though, but a recommendation nonetheless.

Polaritron is available for Windows, Mac, Linux from itch.io, where it carries a £0.99 (~$1.57) price tag. Android version? Google Play (free with IAP unlock). Last but not least, a demo is also available.