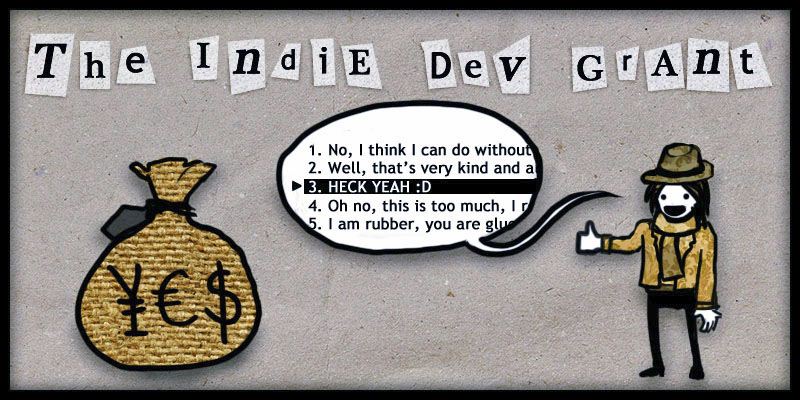 Little over a month ago, indie gaming goodness was once again bundled up in a (cardboard) box. It was all about RPGs and boxes, but alas, that was then, this is now. Organized as always by Kyttaro Games (and a friend of mine), this time it’ll be all about strategy. Oh, and a new Indie Dev Grant.

Like so many others, I too have no idea as for what this upcoming Bundle In A Box will feature, except that they’ll be strategy games! Oddly enough, I can’t really think of many indie games within that particular genre, so your guess is as good as mine. Go on, guess? Seriously though, I’m sure whatever they’ve managed to uncover will make for another interesting boxey bundle, with some funky extras to boot. But for now, here’s a look at the grant.

While the bundle itself is all about lesser-known games, the Indie Dev grant instead focuses on the developers; or rather, getting their project(s) some funding. Each bundle purchased grants you a single vote, to be cast on your favorite from what tends to be a long list of eager participants. As usual, 100 copies sold means another $15 will be added to the grand prize, which one lucky developer (team or solo, doesn’t matter) get to take home. Courier of the Crypts was the previous victor in this little indie election. Who will it be this time? No one knows!

Oh, did I mention it won’t cost a cent to submit your game? And as you can tell from the above quote, it’d be silly not to. Exposure is hard to come by after all – even more so for first-time developers! Just remember that the deadline is October 31, 2013, and be sure to read the rules first. While not overly complex, they exist for a reason.

Remember: if you want to buy/support just one bundle, go with the one that comes in a box!