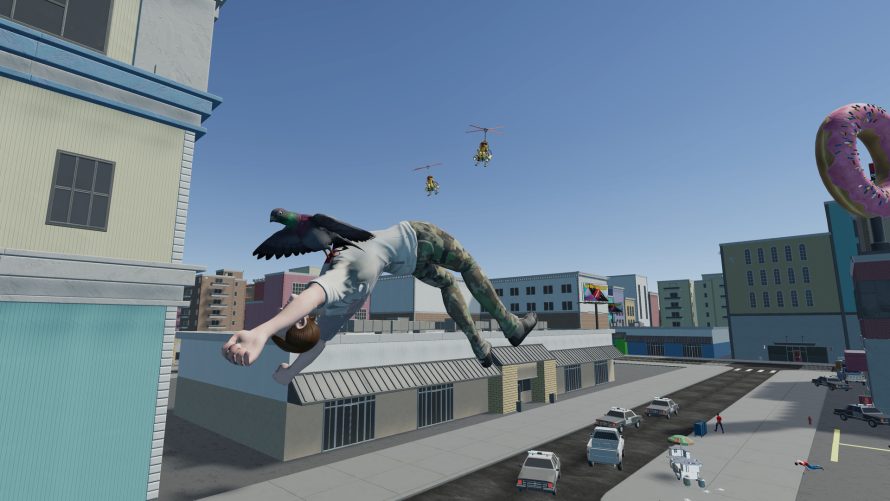 So, Pigeon Simulator is going to be a thing, and you know what’s really crazy? I’m actually more than a little curious regarding the end result. The project comes from the team responsible for Guts and Glory after all, and based on that, chances are we’re in for a rather nonsensical affair, tasking players with… the creation of pigeon paradise.

Yeah. That’s not gonna happen. Not in the traditional sense of ‘paradise’ at least. Pigeons are the biggest troublemakers amongst all birds, after all, and we both know that’s exactly how players are going to behave when playing Pigeon Simulator. Anyone who claims otherwise is either lying, boring, or a bit of both. Wacky physics combined with the ability to poop on pretty much every unsuspecting victim – and object – below does after all invite such exact shenanigans, and really, what’s not to like?

For centuries, pigeons have sought to stop the oppressions of mankind by gaining influence over them. For centuries, they have lost this battle…
…until now?

Seems they’re also planning on adding story elements and oddities with a so-called ‘AI Storyteller’, and a Story Module system. NPC relationship simulator? Sure, why not. Procedurally generated cities? You bet. Physics-based destruction engine? Of course. Gotta ensure absolute maximum pigeon havoc potential somehow! Also, roguelite elements, allowing you to pass on bits and pieces of DNA to your successor, making them even stronger than you were as a baby bird. So flap those wings and get ready to take over the world, one locale at a time, until the entire globe is your… Pigeon Paradise!

Pigeon Simulator will be hitting Steam [Early Access] at a TBD date.