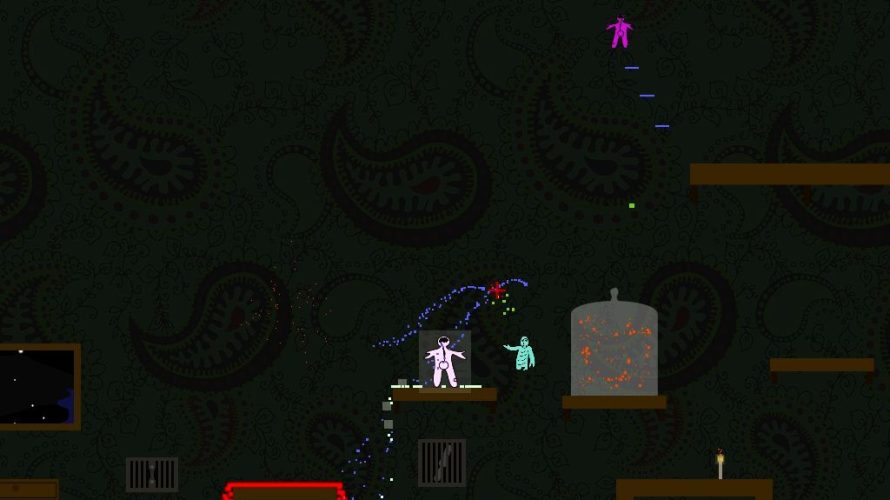 Some games live and die by their story elements – Patent Blaster is not one of them. Who needs a convoluted plot anyway, when you have a random selection of characters to play as, each with seperate base stats? And let’s not forget about all the weapons either, or the upgrades! Or how about books capable of bestowing curses? All that, and you also get to shoot the crap out of… patents. Indeed, patents. Madness, but the best kind, and with awesome Wikipedia integration to boot.

I’ll admit that it wasn’t fully clear to me what the heck was going on until I’d cleared the first level, but then it hit me: I had been transported to an alternate dimension where patents have come to life as evil creatures in all manner of different shapes and sizes, and it was my job to either ‘deny’ them all or die trying. No turning back!

Well, maybe that’s not quite how David Stark would describe the premise of Patent Blaster, but since the game lacks a story, I decided to make something up as I went along. And believe it or not, that made the experience even weirder, something I thought to be impossible. I mean, come on, patent blasting? It did make for a fun – if a bit trippy – experience though, in no small way due to the random ‘avatars’ presented upon starting a new game, each with their own unique main weapon and various stats. 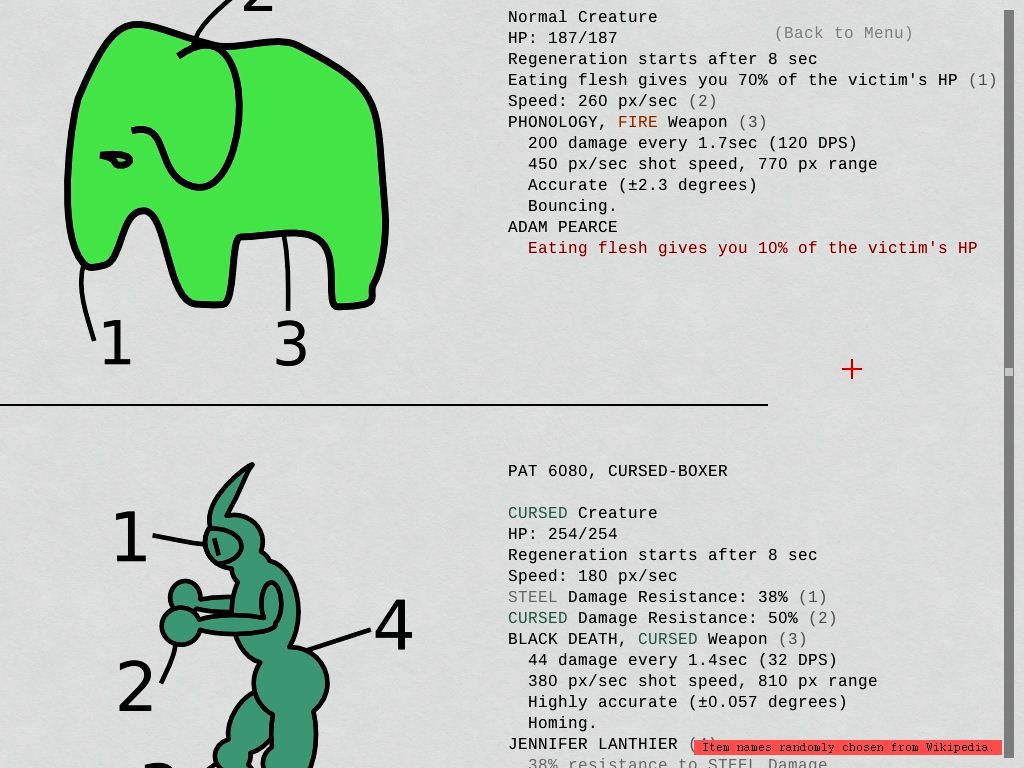 There are a lot of variables at play here, including HP (Hit Points), movement speed, which weapon you start the game with, but also unique traits like special abilities and/or damage resistance – choose wisely. Although by the time level 1 has been cleared, you’ll most likely have acquired a few upgrades, so your base stats are just that. There’s no telling what kind of drops you get though, as they can be quite random – better pray for some good luck.

But luck will only get you so far, making the shop between levels a necessity. Here, you get to pick one of four different weapons/upgrades, to further improve your odds of surviving this madness. Fortunately, the game doesn’t limit you to just a single weapon at a time either, so in theory, you could be packing guns that let you do ice, fire, acid or maybe just normal damage, depending on what the situation calls for!Do be careful, however, as you only start with a single life and 1UPs are somewhat rare.

Explode patents. Freeze patents. Set patents on fire. Dissolve them in acid. But they’ll fight back.

I promise not to mock ya, should you decide to hide behind a chair – or somewhere else, out of harm’s way – until health regeneration kicks in. Although if you prefer less of a challenge, cranking the difficulty down works wonders too, although do you really want to play on… easy? Or maybe you’d rather get creative with the level editor, added in the recent House Update? Nah, what you want to do is go balls-to-the-wall and crank the difficulty up to IMPOSSIBLE! I did, and liv – oh wait, no I didn’t live to tell the tale, but it wasn’t my fault! I simply forgot that certain patents have more than one life… damn.

Now, this may come as a surprise, considering how positive I’ve been about it so far, but Patent Blaster does have a few problems. First and foremost, due to the simple nature of the game, repetition could become an issue, though exactly how much is obviously a matter of personal preference. The only other thing I found to be slightly annoying, was that jumping felt less precise than I would have liked. It didn’t get me killed, but it was definitely noticeable. 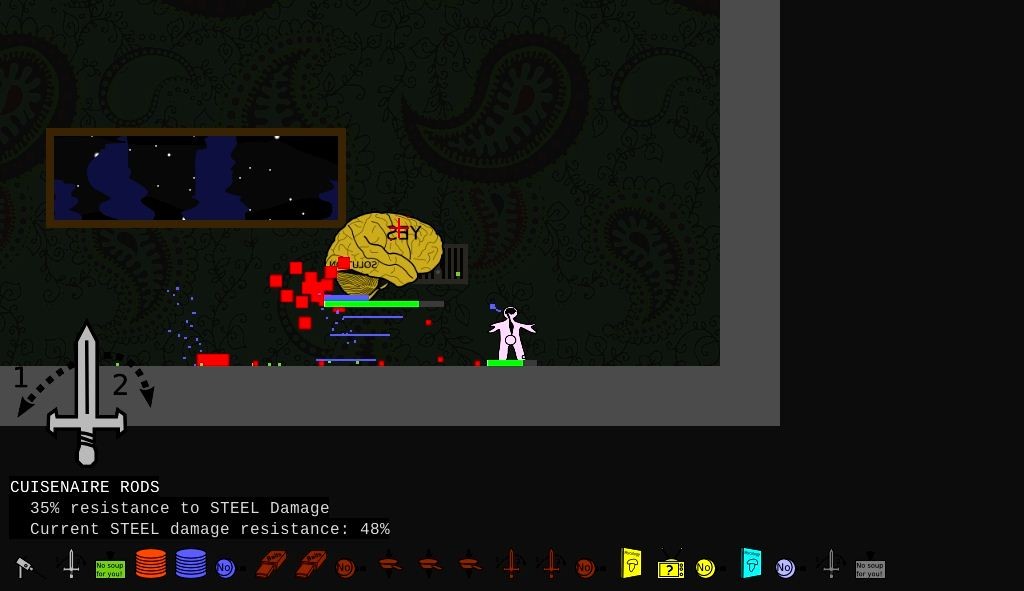 Have I managed to piqué your curiosity? Then and grab either the demo or the full version for $5, DRM-free and all. DEATH TO PATENTS!