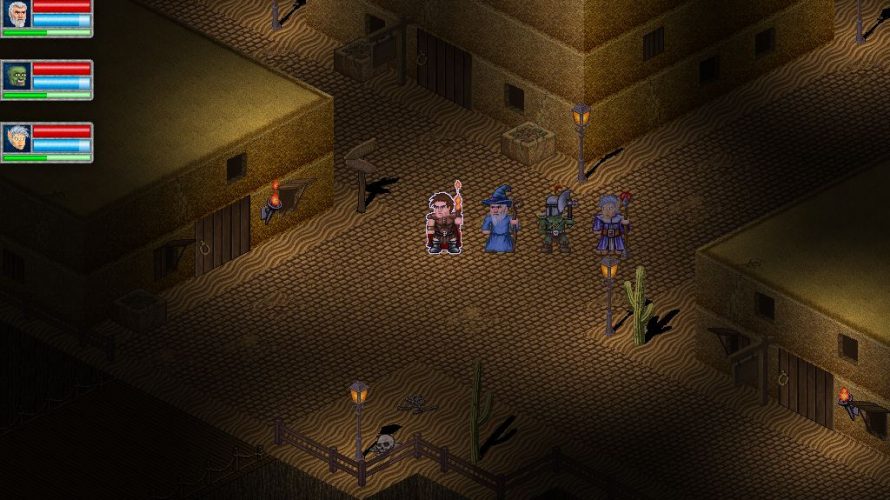 Antharion is an upcoming RPG from Orphic Software, which is set to feature a huge open world where combat is turn-based with a heavy dose of strategy, and to complete that old-school feel, the entire game looks like it’s from the early 1990s (though hopefully without the need for DOS/Win95).

It’s no secret that I’m a fan of old RPGs, whether it be simply by design or age too – often more so than newer entries in the genre. But even though a lot of people who enjoy getting their nostalgia on once more, creating a new game with an old-school feel and nailing every aspect of it can be somewhat tricky. That said, I do like the “cardboard” design for the characters and for me, the graphics in a game very rarely make or break it – I just hope Antharion has the gameplay to go with the interesting art style..

But beyond a big open world and turn-based combat, how does having your actions reflected in the world sound, or no boring level scaling? Oh and they’re planning on making the world 100% interactive, meaning everything can be looted and any building can be entered (one way or another). Plenty more details on the game can be found here, including bits and pieces on how magic will work, along with the story which does sound rather intriguing!

If nothing else, they sure know how to make their upcoming RPG seem like an interesting project. I just hope it’ll turn out as good as it sounds at this point, even though that may be a while yet, since they only just announced it. But in the meantime, how about motivating them further by showing some support on Greenlight, since that won’t cost more than a few minutes of your time? There’s also the option of supporting them financially on Kickstarter, where the game can be pre-ordered for $15 and at the time of writing, they’re at $4.908 of $15.000 with 26 days remaining.