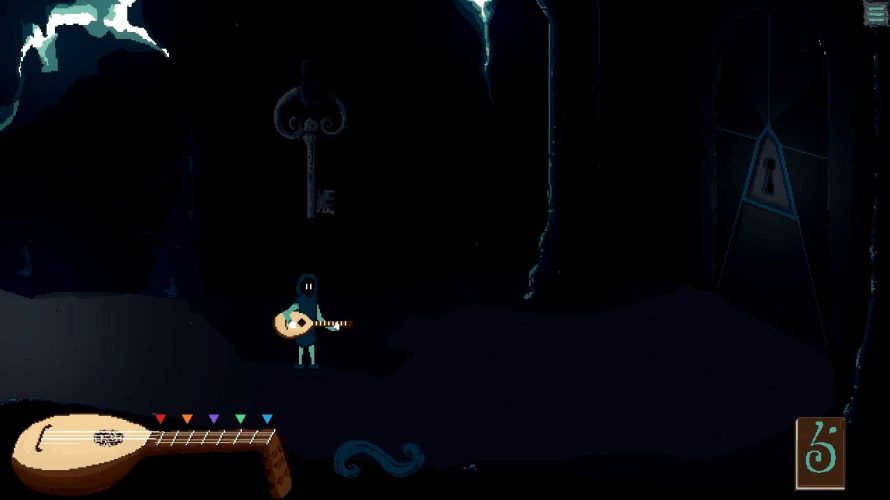 No matter how powerful an artifact, time can and will take its toll. As such, the mighty Loom has suddenly stopped working and guess what? It’s your job to fix it… with the power of music!

Before you get your hopes up, let me stop ya right there: I didn’t mean that you’ll be performing on-stage, with a crowd of cheering fans in front of it. Think smaller. Like, a one-man show, no audience. Just you, a lute, and the Loom in need of fixing. Who needs a horde of groupies, fame, and fortune anyway? Besides, I’m sure you’ll have all that and more, once you’ve accomplished your mission.

Now, if you couldn’t tell from the screenshot (really?), Olav & the Lute is inspired by the LucasArts (Lucasfilm Games at the time) classic, LOOM. You know, that awesome point ‘n’ click adventure in which players were able to modify their surroundings, simply by playing specific notes on a distaff. This one uses a similar mechanic, albeit smaller in scope and with a lute in place of the distaff. Oh and guess what? There isn’t a single item puzzle in the entire game. A nice change from the ‘use A on B to activate/get C’ formula 90% of genre entries seem to follow. 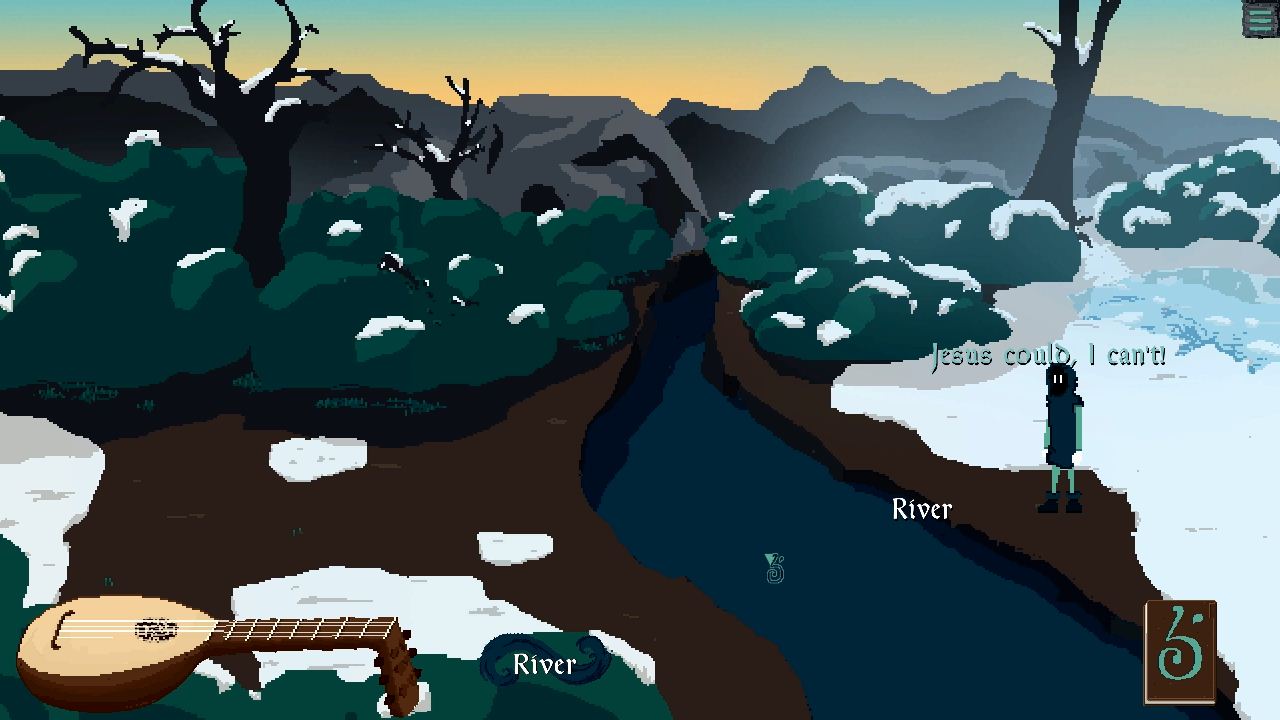 That’s not to say there aren’t any brain teasers, however, because while the experience is short-lived, you’ll come across more than a few obstacles that aren’t immediately passable. Nothing the right tune won’t fix, though! But like any musician, whether the instrument of choice is a lute or a guitar, you won’t be able to play something until you’ve heard it at least once. Also, how will you know what this or that combination of notes does? Trust me, you don’t want to cast a spell (which is kinda what this is) unless its effects are familiar.

In order to learn the melodies needed, you’ll have to roam the lands, often altering the environment to progress. Once acquired, playing a melody is as easy as clicking on an object and plucking away at your instrument – nothing fancy about that. Their use goes beyond a single purpose too, as reversing the note order will do the same to the effect. A pretty neat trick, and one that confused me quite a bit the first time I got stuck.

Dive into the post-apocalyptic fantasy, solve puzzles, discover the melodies of this world and use them to awake the mighty Loom Artefact.

Figuring out how to do what with the lute is a simple affair, as new tunes are automatically written down for easy access; you’ll still have to play them though (don’t be so lazy). Just open that fancy book, memorize a string of colored notes and play that funky music… or something like that. Don’t worry, no one’s going to laugh if you hit the wrong note, and there are no fail states in this game. 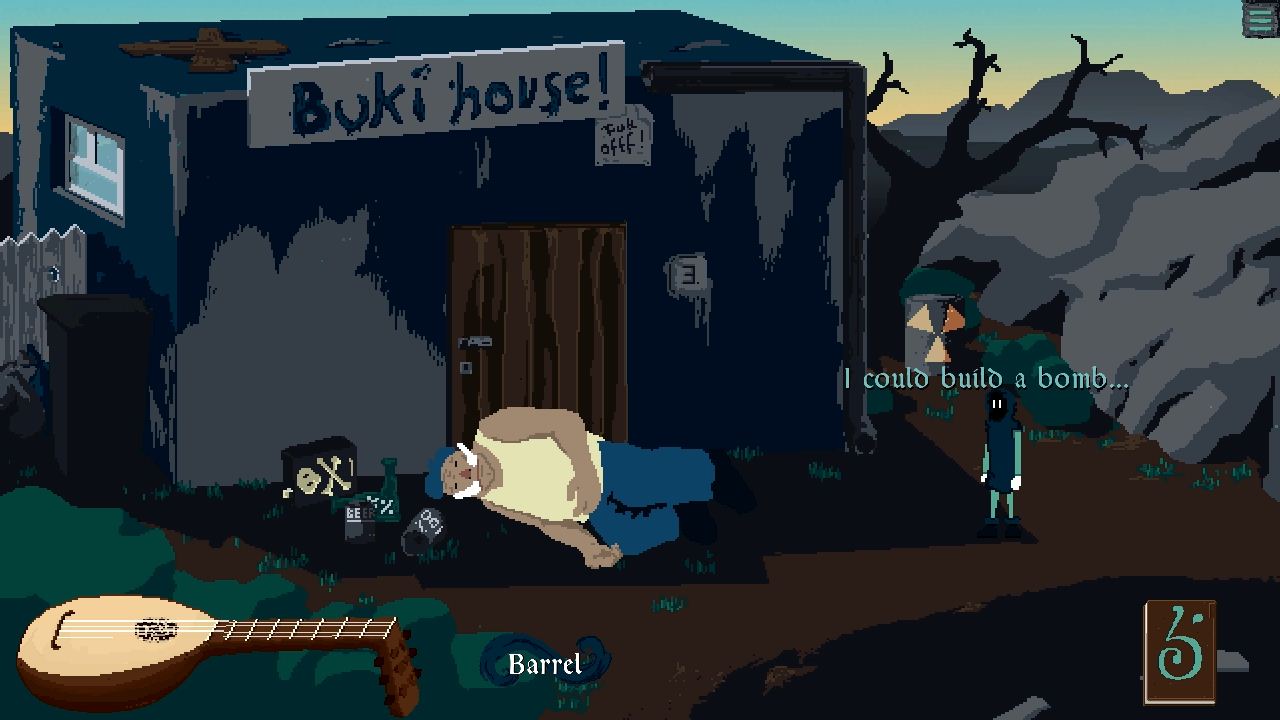 That said, Olav & the Lute is hardly the most challenging adventure of all time. In spite of that, the combination of its lovely hand-drawn art style, interesting musical puzzles, and a soothing soundtrack will more than likely still keep you playing until the credits roll.

Oh, and you know what? It’s free! Windows users can download it, while everyone else will need the Unity browser plug-in to experience this musical adventure. Speaking of which, the soundtrack is available for purchase from Bandcamp. Now go fix the Loom!