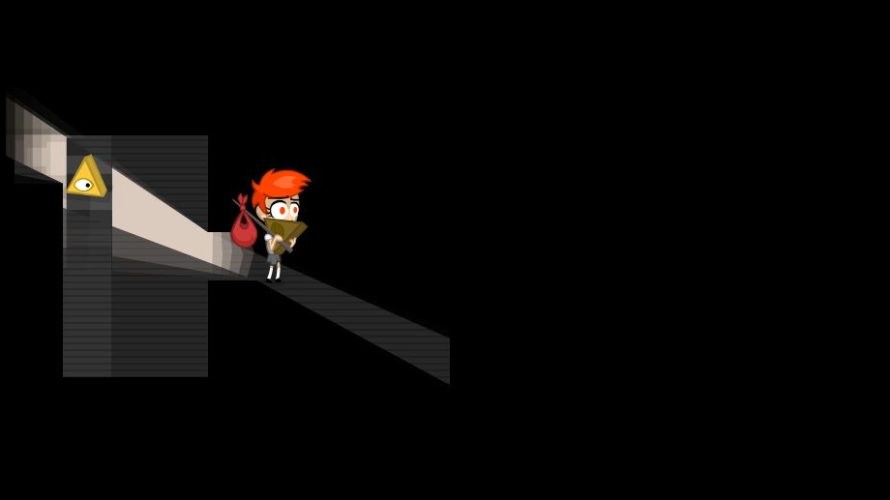 After playing so many stealth games, it’s refreshing to come across something like Nothing To Hide, which turns the entire concept on its head. Here, either you remain detected, or… die. Watchful eyes are your friends, not the shadows.

See that prism eye in the screenshot? Those things act as cameras, so unless you feel like becoming a bullet sponge, I’d avoid leaving their line of sight. Ironically, that’s exactly what most other genre entries actually tell us to do, making this a bit of a ‘reverse stealth’ game. Locating a path to the exit is only part of the problem. Actually reaching it, now that’s another matter entirely, one that involves using the shadows to your advantage.

Yes, I did just say that you were to stay in the light at all times, and while that hasn’t changed, there’s a bit more to it. See, as you move around, the darkness shifts (like in Shape of shades), limiting your field of view significantly. So move slowly, ensuring that you have a prism in sight. As the game clearly states, “if you can’t see a Prism Eye, it can’t see you”, and that means you’re in big trouble.

Suffice to say, the importance of these prisms is not to be underestimated, but surprisingly, they’re not quite stationary. In fact, solving the later levels requires you to move them around; they’ll only work when placed in certain areas though. Best keep that in mind, or risk ending up shrouded in darkness, forcing a level restart.

Hiding is criminal, because only criminals have something to hide

By now, chances are I’ve piqued your interest. If that’s the case, you won’t like this next bit: it’s not a full game yet. Instead, the build available is a polished prototype, with the source code also being up for grabs. Do give it a try though, and remember to tell Nick Liow what you think. I mean, you’ve got Nothing To Hide, right?