Tapping away, shooting down enemy ships as they fly across the screen, that’s easy. Anyone can do that. Now imagine having to rack up kills in the same game, but with a very limited ammo supply! Better make every shot count.

Ah, high scores. Amongst all the multiplayer-centric and story-driven games these days, 10 More Bullets is a nice change of pace. No convoluted plot or characters to interact with. Just you, playing the part of a stationary turret, and a sky full of hostile aircraft; all of which are ripe for target practice. Oh and as I’m sure you’ve already guessed, a mere ten bullets make up your entire arsenal.

Each kill does send fragments (bullets) flying in every direction though, taking out other planes in the process and potentially creating massive chain reactions. As you can imagine, this makes things noticeably more tactical than that of similar games. Do you take the shot now, hoping it’ll ricochet all over the place, or wait for more targets? From the standard ship type that explodes after one hit to a more meaty kind, and ones that zoom across the screen, the list is varied if nothing else. 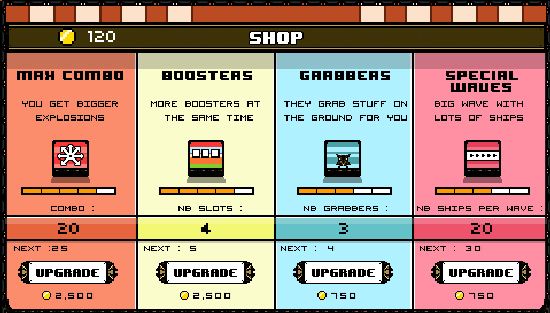 There’s also an in-game shop from which you can upgrade certain aspects, provided you’ve accumulated enough wealth. Things like bigger explosions and an increased number of ships in each ‘special wave’ may not sound exciting, but remember, every shot (and advantage) counts when your goal is to set a high score. Gotta love the competitiveness of arcade games.

All set? Great! Then fire up your favorite browser and get ready for some anti-aircraft warfare, in 10 More Bullets. Good luck, soldier!

Facebook Twitter LinkedIn Pinterest Tumblr WhatsApp Telegram E-mail
Previous article Stay Surveilled At All Times to Prove That You Have 'Nothing To Hide'
Next article The Greenlight Groove: 'The Girl and the Robot', '[code]' and More