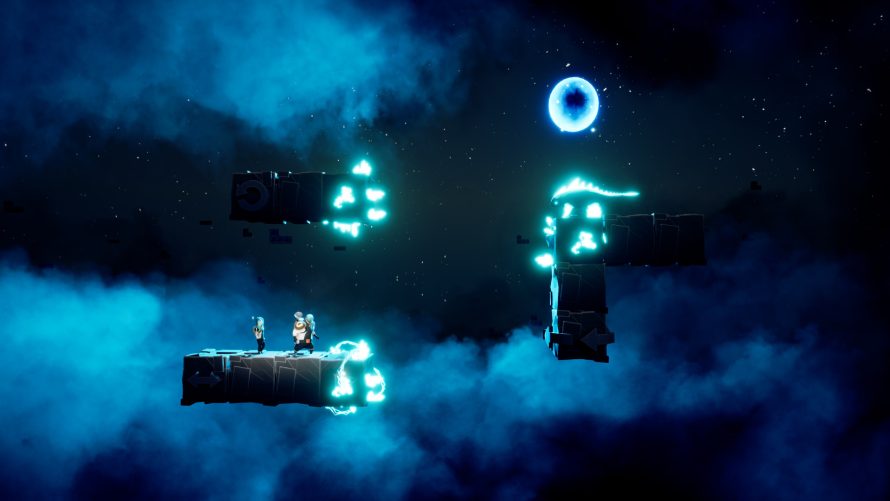 Blocks have a tendency to play a rather large role in puzzle games, but rarely is the player restricted in what he/she is able to do with them. Well, in Minimal Move, there are two protagonists, and not just because no one likes being a mirrored version of player 1 in co-op. No, it’s definitely a bit deeper than that: Kaiten can rotate blocks while Ido can move them. Somewhat. Not freely, mind you, but move them Ido most certainly can. See what I mean?

So, here’s the thing: these two so-called “space investigators” are hard at work, trying to figure out what’s what with the planet they now find themselves on, and it’s up to you -- with or without a friend -- to help them with this task. A task which involves… blocks. Oh, and portals! What do these do, you ask? Ah, a simple question with a very simple answer: they signify the exit from each level in the game’s seven rather different worlds. All of which are in 3D, I might add. Uh, by which I mean that you can rotate your point of view, of course. Not that weird glasses will be required to play. That would be very odd.

Anyway, as you go about moving and spinning those lovely blocks, do make sure you pay attention to the story -- the tale of how Kaiten and Ido… wait, no, that would be spoiler-y. I will say this though: apparently “there will be many funny monsters and robots coming your way”. Sounds to me like what was initially a peaceful puzzler -- alone or with a friend -- is now a far more hazardous experience. Maybe? Hard to say, but maybe if you move fast enough, the robots won’t reach you. Worth a shot at least.

Minimal Move will be on Steam (demo available) come spring of 2020.