Had the MAGS August deadline been extended by another a week, maybe even less, we’d have two finished Adventure Game Studio creations in a heated battle. As it stands, however, we’re left with another victory by default. Not that Stupot’s Hen Man: Origins is to be sniffed at, but MAGS is after all pitched as a competition. Anyway, congratulations to Stupot for winning MAGS August!

So what’s next? Well, for September, it’s about hitting the road and going… Cross-Country! Plain, simple and quite a broad theme. We’ll see what people make of/with it, come October 1st. 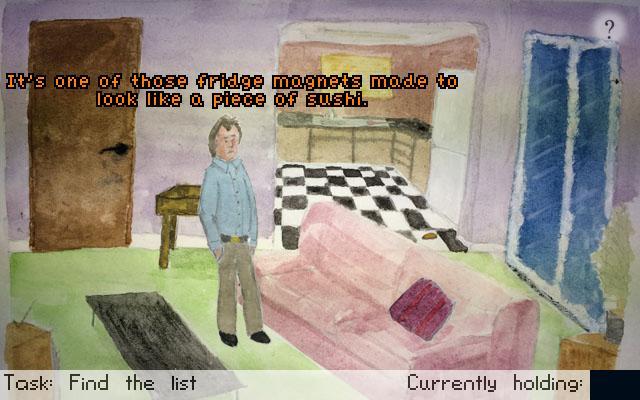 Hen Man Origins (Stupot) [1st place]
This is the story of Ash – a normal guy, a house-sitter. Find out how, in his own words, he became Hen Man, the most rubbish superhero in town. It is an underwhelming tale of pity for this guy, but does he even realise?

Facebook Twitter LinkedIn Pinterest Tumblr WhatsApp Telegram E-mail
Previous article The Greenlight Groove: 'They Need To Be Fed - Ultimate', 'Bloo Kid 2' and More
Next article 'Chunky Cat' Impressions: All Those Fish, Rats and Pigeons... For a Cat So Fat?