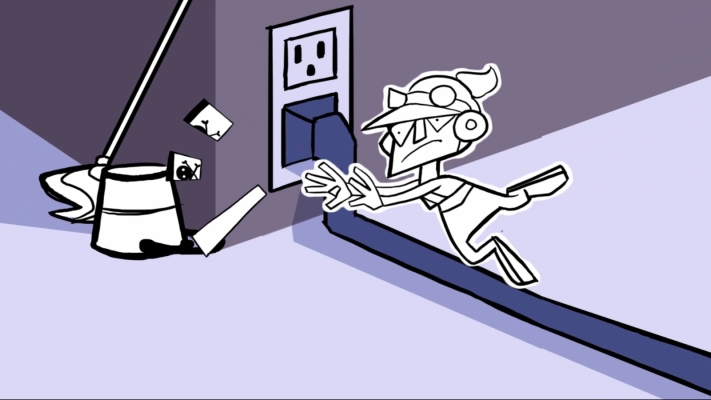 The main character is a clumsy intern who works at a science facility…
Hey! Don’t you dare close this tab. This is not some game where you simply play the part of an intern who gets coffee for her superior or file papers in a dusty archive in the basement. That would be rather boring for sure. What it is, however, is a puzzle that starts out (almost literally) with a bang, as said intern accidentally shatters the universe after which… you’re gonna have to play the game to find out what happens next.

Demo? Where’s the demo?! I need to sample this!
That’s too bad because there is no demo! But that’s ’cause Mack Vs. Windows doesn’t cost anything! Yeah, you read right. Don’t go thinking that because it is free, it couldn’t be worth much, because that is not the case. If you like puzzle games and have a sense of humor, you owe it to yourself to try it. Especially since all it will cost you is time. I know that for some people, time is money, but still.

Speaking of time…
Puzzles with a timer attached – the greatest invention since sliced bread, eh? NO! They are the creation of some evil person, who thought that people in general actually found having a timer hanging over their heads enjoyable.. and they are the one thing I can not stand in games, so it’s a good thing that this one does not have a single timed puzzle in it!

While we’re on the topic of time: this is not a long game, but by the time (hehe) the credits roll, chances are you will not feel that it has overstayed its welcome or that it should have lasted longer – especially given the simple, yet fitting, plot. 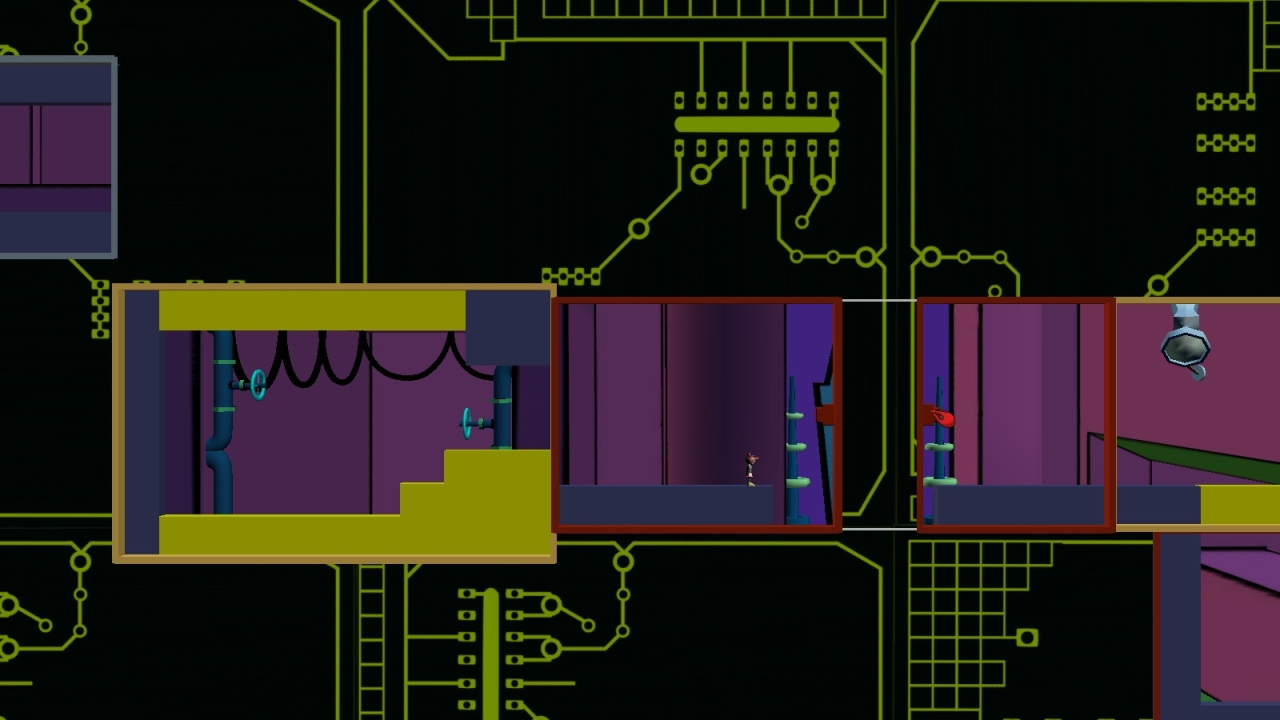 Let’s talk puzzles then
But enough about the ‘price tag’ and the length of the game. Onto the puzzles and how they work. Ever play a sliding puzzle? This game features a similar mechanic, except you are not sliding numbers around to put them in order here… you are literally changing the world around you by sliding windows in order to create new paths, or get rid of hazards in the environment. Bet you didn’t expect that, when you read the beginning of this, eh?

To make it even more interesting, the developer gave the sliding mechanic actual physics and momentum which unfortunately lead to quite a few deaths, as I would often get the poor intern squashed between two surfaces.. whoops!

Fortunately, checkpoints were available, so dying rarely sent me too far back; which was a good thing, because death from being flattened was just one of several ways this intern met her untimely demise, on the way to the exit of each level. 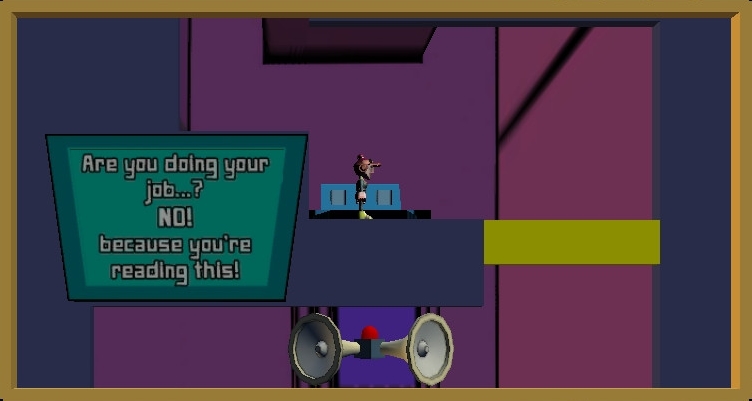 It’s a free, fun, and unique experience with low system requirements – what’s not to like, really? I was a bit skeptic when I first heard about this game… but after playing it, I’ll gladly admit that I was wrong – this is a very enjoyable game and I don’t really have anything negative to say about it. There are a few features I would like to see added, however, but these are minor like a windowed mode and an option to change the resolution.

If you feel like giving this one a try, head over to IndieDB and grab it.