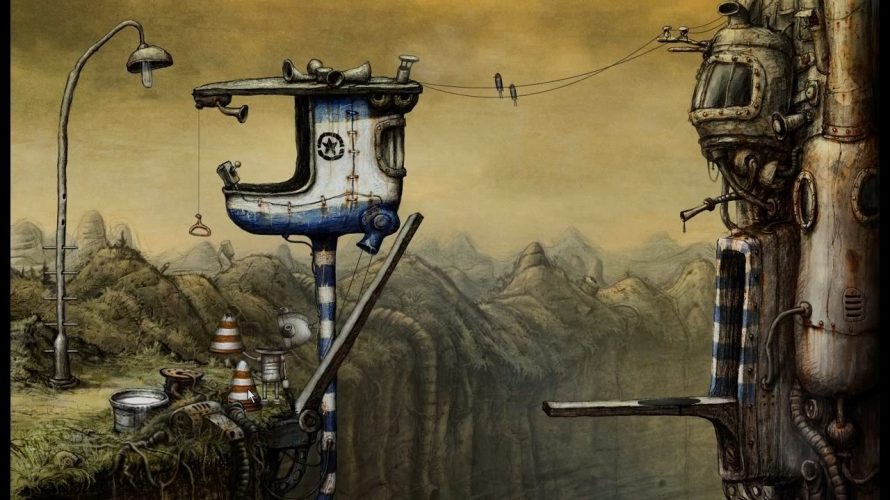 In Machinarium you play as Josef the robot who’s been exiled to the scrap yard and he’s hellbent on getting back into the city to rescue his robot girlfriend and as is often the case with this kind of game, save the day! Unfortunately, his mission is not an easy one (are they ever?), since plenty of puzzles and other obstacles stand between him and that special someone, along with the danger that lurks around every corner.

Machinarium is the first full-length adventure from Amanita Design and it’s a charming one for sure, but while it’s been on PSN EU since early September, it was only recently made available on PSN in the US. I have no idea why it took this long, but hey – it’s out and that’s what matters. PlayStation fans in Asia will also be able to play it soon, as they should be getting it on the 18th this month.

While Official PlayStation Magazine UK claimed in their review that the controls were “subpar” and the puzzles weren’t always 100% logical, Josef’s adventure is still a thing of beauty and something that everyone should experience – especially fans of puzzle and/or adventure games. Not a fan of playing a point ‘n’ click title with a gamepad? Then I’d look at the non-console alternatives, since the game is also available on Windows, Mac, and Linux via the Humble Store ($9.99), while $4.99 will get you the iPad 2 version on iTunes. Try-before-you-buy? Demo’s right here.

Update: the price tag of the PSN version is $9.99 and features PlayStation Move support.