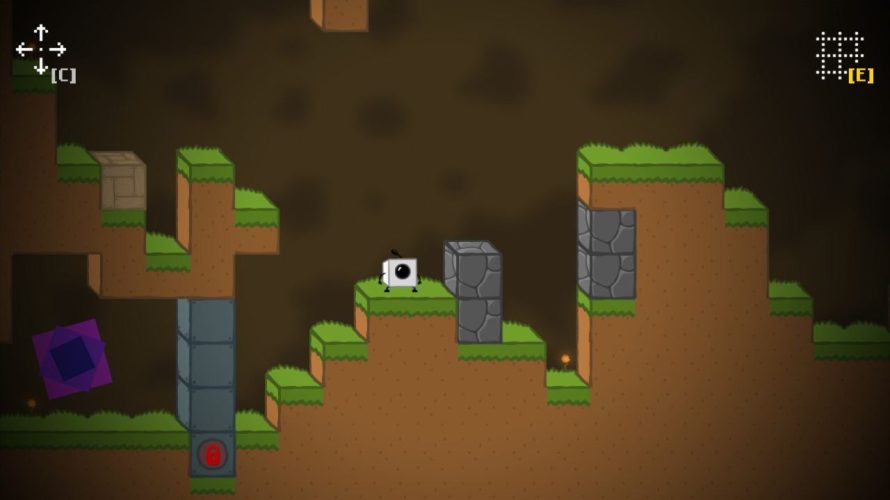 Blocks That Matter has you playing as Tetrobot, a tiny robot capable of drilling blocks after which they can be picked up and recycled into pieces of 4 blocks, to navigate each level and reach the exit. During the early levels, figuring out what blocks to place where isn’t the most challenging thing, but it does get more difficult as the game progresses. You’ll have to deal with blocks with the properties of ice and sand, among other, all which behave differently; if you’ve ever played Terraria, you should be familiar with how sand blocks work in a 2D environment (hint: gravity). 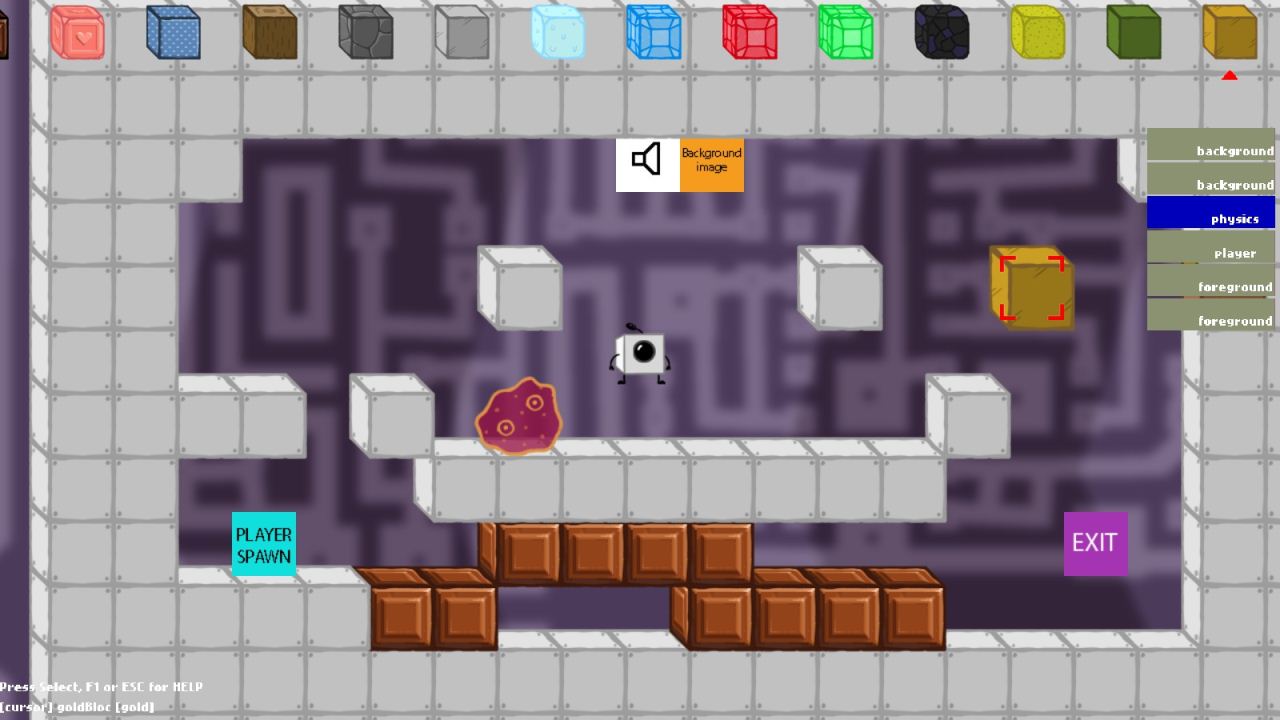 Since it was released over a year ago for both Windows, Mac, Linux and XBLIG, I’m more than a bit surprised that Steam Workshop integration hasn’t happened sooner, but I’d say it was worth the wait! And while the game does have an in-game level editor already, this just might inspire even more people to design a level or two in this charming 2D block puzzler, because.. Steam, you know? But level creation is not the only thing Steam Workshop lets you mess around with in Blocks That Matter, as the developer mentioned something else in their blog post: “Don’t worry, you still have access to the same in-game content than Steam users, except language files.”

If you’re wondering just what they mean by “language files”, this tutorial should help. Unless I’m mistaken, it means that Steam users now have access to editing the in-game text. This’ll inevitably result in someone rewriting the dialogue/cut-scenes, but hey – the developer made it possible so I highly doubt they’ll mind if their fans change the script (provided it doesn’t spiral into something immature, that is). 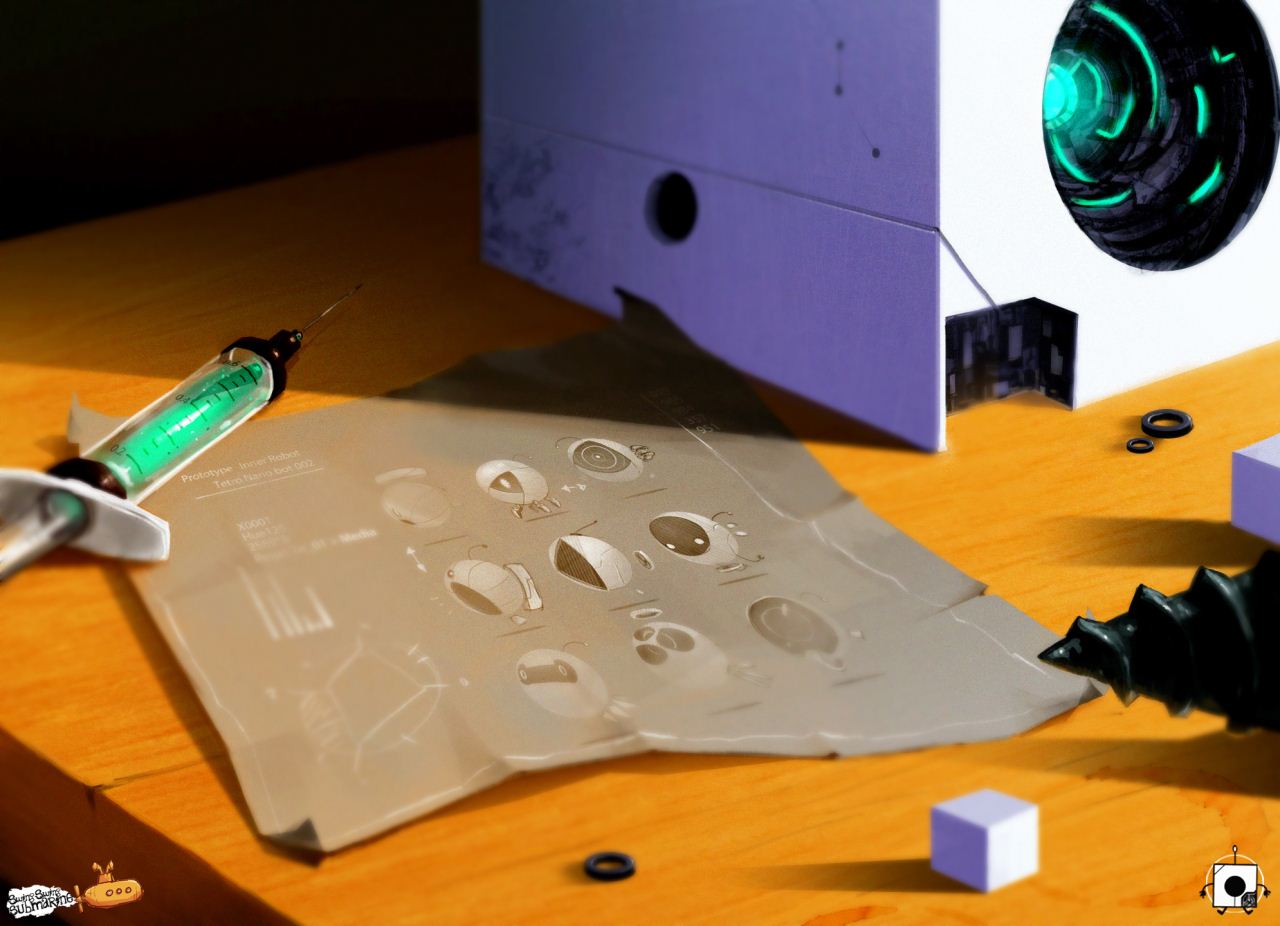 But enough about Steam Workshop. Swing Swing Submarine recently made a big announcement: Blocks That Matter is getting a sequel, called Tetrobot and Co.! Sadly there aren’t many details available yet, but since I’ve managed to get stuck in Blocks That Matter more than once, I definitely appreciate that they’re planning on lowering the overall difficulty a bit, in the upcoming sequel. Fans of Tetrobot are going to be disappointed however, because even though it’ll play an important role in it, you won’t get to actually play as the little robot driller (aw man!). On the other hand, this does mean a lot of potentially great new ideas and features can be implemented, even if they come at the cost of Tetrobot watching from the sidelines.

The developer is planning on releasing Tetrobot and Co. in early 2013 for Windows, Mac, Linux (no XBLIG release?), along with “some” touch devices. I’m willing to bet that “some” means iOS and Android, while the 3DS and Vita will not be getting a Tetrobot, but.. time will tell. In the meantime, why don’t you try the Blocks That Matter demo? And the full game is available for Windows, Mac, Linux and XBLIG, so pick your platform/distributor and help poor Tetrobot on his mission!